In the age of popular reality competition shows like American Idol, Project Runway, America’s Next Top Model, X Factor, and well the list could probably go on endlessly, it is really no surprise that NBC has come up with “Fashion Star.” If you have not yet seen the commercials for this new show don’t worry, the first episode airs tonight at 9:30/8:30c.

The show will feature 14 unknown designers who will compete to win a $6 million prize to launch their collections at Macy’s, H&M and Saks Fifth Avenue. Each Show will feature a fashion show with musical performances, dancers, and models all in front of a live studio audience. Like many other fashion design shows, each week the designers will have a different challenge. However, unlike shows of the past products will be available to purchase that night online or in stores the next day.

The Buyers aka the judges: Caprice Willard of Macy’s, Terron E. Schaefer of Saks Fifth Avenue and Nicole Christie of H&M. The show is largely based on instant gratification (as with the product being available immediately) and therefore the judges make on-the-spot decisions as they vie for the right to purchase and exclusively carry the work of the up-and-coming designers each week. If the buyers’ do not purchase an item from a designer on any given week then that designer/s will be up for elimination.

So this all seems a little bit too much like real life and not much like reality TV (because we all know reality TV is not reality right?) which is why there is also a star studded cast: Elle Macpherson as Host, and Jessica Simpson, Nicole Richie, and John Varvatos as celebrity mentors. The website doesn’t say much about how the mentors will be involved in the process, except that they will be able to save a designer from being eliminated.

So what about the designers, who are these up and comers? Well, they range from a stay-at-home mom to a design school graduate. Many of the designers already have their own lines, but will be challenged to kick it up a notch via real-world scenarios. All of this will hopefully lead up to the launch of a successful national brand; something the show says has yet to be the case with other designer competition shows.

If you want find out more about the contestants before the show tonight, you can find the designers bios on the Fashion Star page. Will you be watching Fashion Star tonight? 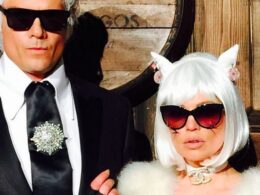 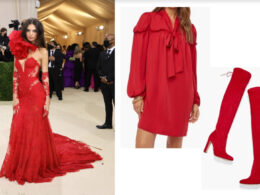 Get the Met Gala 2021Looks for Less with JustFab

Are you obsessed with some of this years Met Gala 2021 looks on the red carpet? Well get the looks for less with JustFab and other brands.
byTyler Hollis 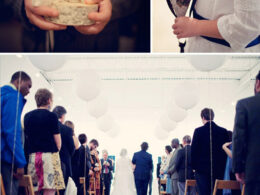 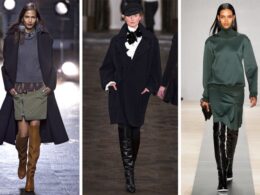 We know that it is hard to imagine cool nights, fire places, and hot beverages in the middle…
bydiane