Being a former owner of a beauty boutique and spa (and a makeup artist) I am all about seeking out amazing makeup artist friendly niche brands. Any seasoned makeup artist knows make up much better than any red tape corporation can so in the early nineties when I was living in New York there was a huge indie movement in the makeup arena.

New brands were popping up here and there many of which have gone on to be huge and ultimately swallowed up by a big giant parent company, while others forged ahead and continued to build their fame a fortune a bit at a time.

Two brands Vincent Longo and Paula Dorf launched to much success along with other names such as Stila, Nars, Philosophy (who in the beginning had a wonderful makeup line) and others. But as with many household brands these days, the recession came along and slashed profits.

But the good news is that both Longo and Dorf and set to for a big re-launch!

Longo a well- known makeup artist whose work had appeared in fashion magazines worldwide created his line with a big dose of innovation. His Water Canvas Creme-to-Powder Foundation became a cult favorite shortly after it entered Barneys New York in 1996. It helped launch 15 years of success, with his products distributed everywhere from Sephora, Neiman Marcus and Nordstrom to Space NK and Fred Segal. He has appeared on QVC and has been a fixture backstage during fashion week, most notably in Milan, where he got his start.

In the fall of 2008, Longo was forced after years of steady growth to scale back. He closed his Manhattan office, pulled out of Sephora, his biggest retail partner and eventually the following year had to let go of his staff of 20. Later he exited Nordstrom, Neiman’s and Fred Segal leaving Space NK as his sole retail partner.

In 2010 Longo took on a new partner Peter Wagner and since that time the company went back to the drawing board, formulation new products with new ingredients except for the complexion products that everyone loves.

New items include liquid concealers, lip glosses and eye shadows. His Liquid Concealer ($28), which he refers to as his “baby,” is formulated with polymers, peptides and arnica to fight puffy and dark circles. He guaranteed that the concealer blends so well with skin, “there’s no need for powder over it.” His glosses, Perfect Shine V Gloss ($22), possess moderate pigment coverage with a touch of pearl glimmer and a tripeptide complex for temporary lip volume. His shadows, Pearl X Eyeshadows ($25), are baked in Italy and utilize multilayer pigment pressing and a technology called speckling, an industry first, so that the color shades go all the way down to the bottom of the shadow pot. They contain multitextures of matte and pearl.

Knowing how wonderful Longo’s Water Canvas products were, I look forward to seeing all that his new line has to offer!
Stop by for part two tomorrow about Paula Dorf’s relaunch! 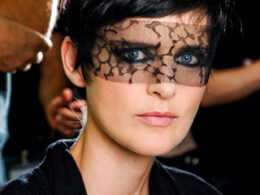 This is it, if you haven’t already attended a costume or Halloween party yet there is no doubt…
bydiane 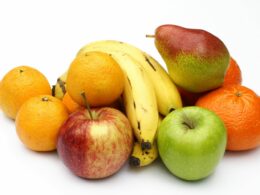 How Your Environment Affects How Much You Eat

Pile on the fruits and veggies before carbs and dessert.
byChristina Silvestri 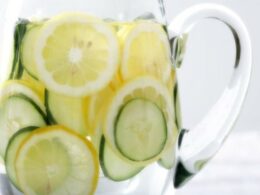 Springtime in Arizona is by far the best time of the year, and the one season that makes…
bydiane 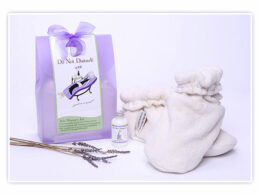 Here’s a fun fact: June 1st is National Go Barefoot Day. I dunno who comes up with these…
byMarlene