I’m not sure exactly when it happened but wearing the latest nail trend is just about as weighty as wearing the latest fashion trend.  I remember back in the day when sculptured nails were the big deal. Eventually French manicures followed as the thing, then airbrushed nails were the thing…and so on… Fast forward to today and you can take your pick from a slew of styles from shellac to press on polish to decals and the latest rage – Caviar manicures. 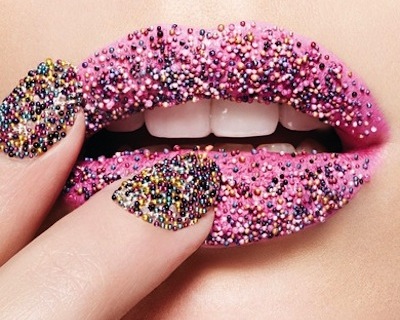 The hoopla first began when Dashing Diva the New York City nail salon created the initial look for the  Cushine et Ochs Fall 2011 runway show using seed beads from designers own stash.  Now Ciate’ the UK based nail polish company created a Caviar mani kit to recreate the look. Polish addicts can snatch up these DIY delights that come in three shades launching at Sephora. They’ve been sold out on the Ciate’ web site for a while… No doubt we will be seeing plenty of copycats on the shelves very soon. 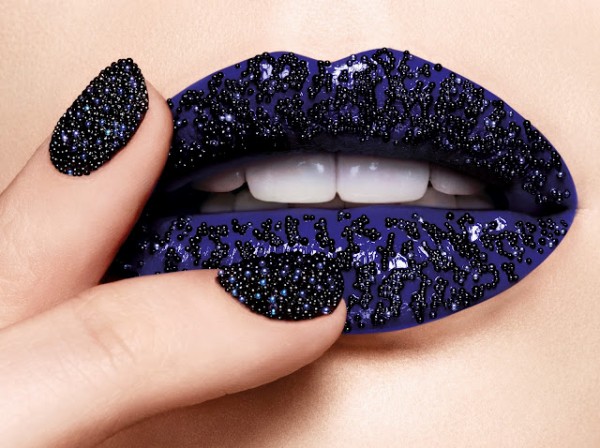 And if you can’t justify spending the dough on the pre- packaged variety you can always head to your local craft store and create your own version.  We snagged a great tutorial from The PolishAholic below. 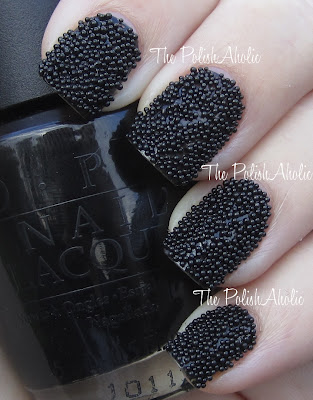 * Polish of your choice, I used Sally Hansen Extreme Wear in Black Out
* Microbeads, I’m using black beads but these come in a rainbow of colors!
* Paper plate, this is messy! 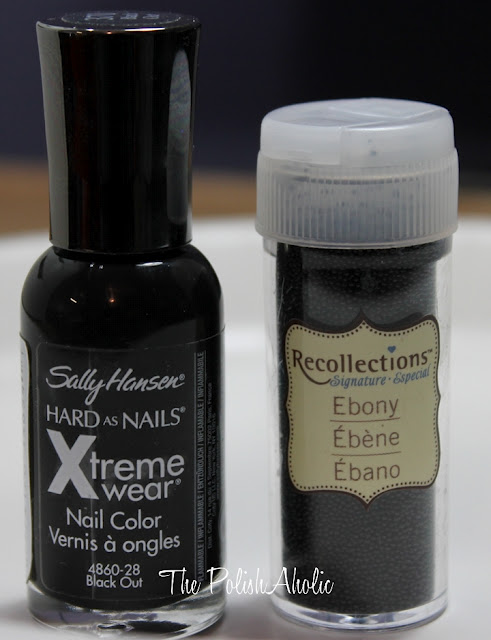 Step 1: Paint your nails with 1 coat of polish, let dry. 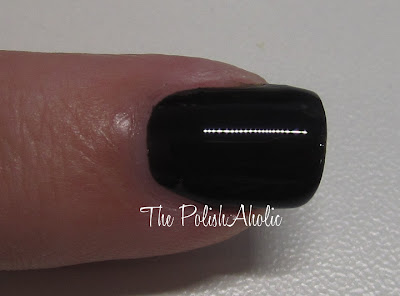 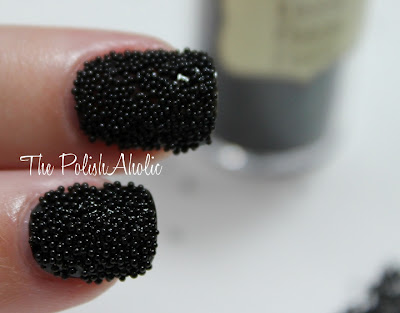 Step 3: Once you shake the beads onto the nail very gently tap them in, I find that this helps them stick longer and it also gets rid of the beads that are just sitting on top of other beads. I also clean up around the cuticle with an orange stick to get rid of any rogue beads.

THAT’S IT!! I said it was easy!  This mani won’t last forever and is a bit impractical but it’s fun for a night out or a special occasion where you just want to do something fun and different on your nails. You can put a top coat on if you’d like…depending on the beads it might however dull the effect.

For removal I saturate a cotton pad with my regular polish remover and hold it on the nail for about 20 seconds, everything comes off very easily! Removal can also be messy so you might want to do it over a paper plate or over a paper towel.