Last night I attended a fabulous holiday party for one of my favorite modeling agencies. It was a fun evening of sight seeing and catching up on friends in the business that I don’t get to see all that often. Let me just say, at a meager 5’4” tall (without my heels) walking into that room of models was like walking into a sea of giraffes…. It was nearly impossible to see what was going on from my slight vertical view. But none- the- less I survived… and all of us non-models banded together quite nicely.

Of course there were plenty of legs for days as hemlines crept way above the knees and heels came in at no less then four inches a pop. I even spotted one newbie model who’s legs started somewhere around my shoulder blades… seriously… who manufactures these gorgeous freaks of nature? It was a trip!

So this weekend I have my sights set on seeing another group of gorgeous and talented girls in the movie thriller Black Swan. The Darren Aronofsky dark vision featuring Wynona Ryder, Mila Kunis and of course the star Natalie Portman. I have been waiting in anticipation for this film since I heard what seems like a zillion months ago that the Mulleavy sister Kate and Laura of Rodarte were costuming the stage productions of the movie with the most amazing swam costumes. I hear that both the leads Portman and Kunis lost upwards of 20- 30 pounds respectively to play their roles as principle ballerinas. That thought alone boggles the mind….

And this morning as I sat to write this I was reminded via WWD that Natalie Portman will also be the new face of Dior’s Miss Dior Cherie Parfum. As WWD reported on June 7, “Portman — long considered a major “get” among beauty companies — has taken on her first prestige beauty contract with Parfums Christian Dior. Her first role is as the face of the brand’s Miss Dior Cherie fragrance.”

As for why she stayed out of the lucrative beauty fray for so long, Portman said, “To be honest, I had an aversion to selling things, and then I realized both that there could be a company that I would be proud to represent, and also that they would really support the things I believe in. It’s really wonderful to have this established, elegant brand willing to do great nonprofit work.

Also from WWD Claude Martinez, president and chief executive officer of Parfums Christian Dior, described the actress as an archetypical Dior woman “Natalie Portman is magical. She is radiant and graceful, also intelligent and committed with a unique luminous intensity.”

Portman a committed vegetarian was delighted that Dior recreated apparel and shoes for the print and TV ads that were cruelty free with no animal products whatsoever. The ads are expected to run beginning in March 2011. 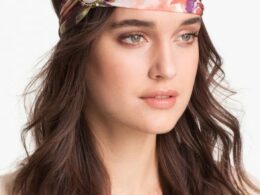 3 Ways to Keep Bangs Out of Your Face

The warm weather is here to stay, and let’s admit it, it takes awhile to get acclimated. Presently,…
bydiane 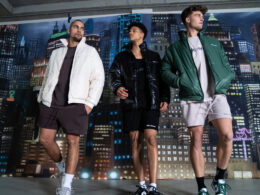 STAX., the viral athletic wear just dropped their newest Drip 21 collection that is unisex and mean't for all types of weather!
byTyler Hollis 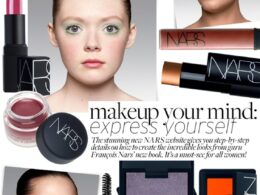 I distinctly remember my first introduction to NARS cosmetics back in the nineties, I had stopped into Barneys…
bydiane 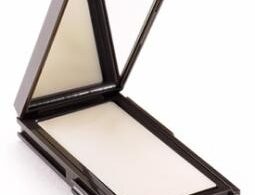 I hope everyone had a happy, happy Independence Day! I was so excited to get to the fireworks…
bydiane