Sunday evening I finally had the chance to nestle down with a few of those uber thick September issues after a whirlwind of four consecutive fourteen hour days. And as I skimmed the pages of W Mag I was finally happy to see that someone had put pen to paper about the down side of twenty-something plastic surgeries and enhancement. I suppose I already said a mouthful after Heidi Montag’s plastic reorientation but this begs for dialog. I remember loving a comment that the infamous and talented photographer David LaChapelle said several years ago, that some day we would have an “ageless” society but not in a good way because everyone will be so surgically altered that fifty years olds look thirty-five and twenty five year olds look thirty-five. Take Heidi as an example, pre- surgery on The Hills she looks her age and post surgeries she looks years older, but not necessarily wiser. 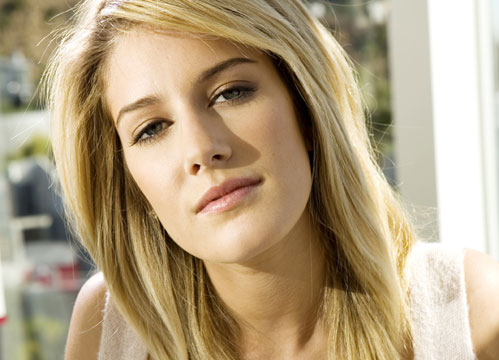 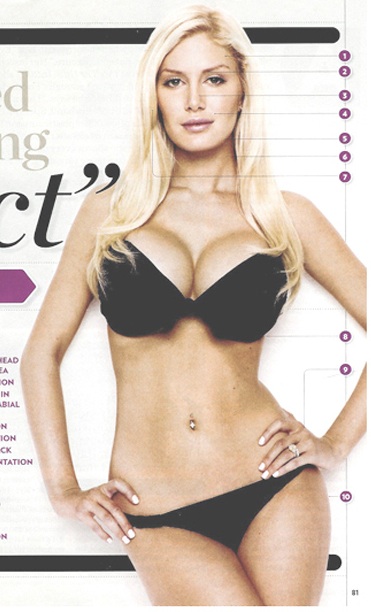 In the efforts to look better and as Mary Poppins would say “practically perfect in every way” young and older alike are turning to injectables, fillers and going under the knife as never before. And already youthful beauty junkies are succumbing to procedures that instead of enhancing their essence are creating an aged effect of a woman years her senior.

Though I am not a fan of the knife or needle, I think a little doctor assisted foufing shall we say can be a tremendous booster of ones self -confidence, but the overt insecurities and endless journey for perfection at a young age has a frighteningly opposite effect.

Okay so it worked well for Megan Fox, but for others like Lindsay Lohan who seems to be sporting a flattened trout pout and a super taut ultra peeled face (pre-jail anyways) at the age of twenty-three where is there to go? 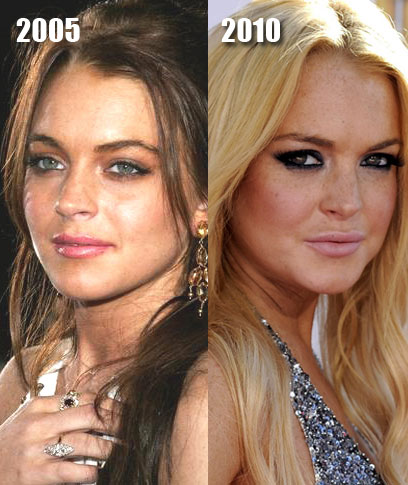 I mean do we really think all of those twenty-something reality TV stars were born with double D’s, expressionless foreheads and pillowy lips? My guess is a big negatory.

The number one procedure for those under thirty is injectables, Botox followed by Restylane, Juvederm, Sculptura and Radiesse. Apparently for the new junkie these fillers are being used in far too many places on the face at one time. Ie: lips, cheeks, eyes temples and liquid nasal reshaping of course there are always the add on’s like chin and mandible implants to give a girl that extra oompf. 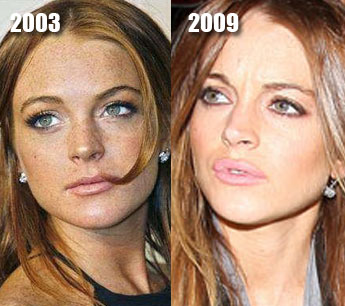 The biggest problem that doctors see with these young woman is the idea that injectables are a cure all, they over inject on a frequent basis for fear of aging but they still live a lifestyle of sun bathing, cigarettes, alcohol, late nights and stress. In the end it all adds up to aging the face even faster. It becomes a vicious cycle.

Apparently, surgery is the new working out, or the new bikini wax, it’s thought of as maintenance and nothing more and for those wanting to give it a go, doctors have one word – moderation, my dears, moderation.