After every award show the buzz on celebrity gowns, hair and makeup reverberates for days. And how can we help it? We love to live vicariously! Though there were no earth shattering trends developing on Sunday night still, as I like to say…there is no Photoshop on the red carpet. Meaning these women (and men) have to look good without the benefit of the airbrushing that we see on the cover of all our favorite magazines. Not an easy feat, but thanks to things like Spanx, botox, dermaplaning, self tanner and a killer team of hair and makeup artists…everyone can look divine.

And most did! Here are a few of my favorite looks from the neck up!

Even though I didn’t love the combo of the Versace 90’s supermodel / Fifth Element style dress paired with the retro Hollywood hair and makeup, I did love January Jones red lipstick, creamy skin and perfectly sculpted hair. It’s a look that you can never go wrong with especially if like Ms Jones makeup artist, you use a little restraint. The neutral brown on the lids, stroke of liner and a hint of rosy blush was to die for. Its Betty Draper pumped up a notch!

Claire Danes once again stepped out in the perfect combination of a honeysuckle pink dress and matching lipstick. It looked extra fresh with long lush (Latisse) lashes, simple eye shadow and pink blush. Her hair was softly pulled back in a modern chignon with a little height on top…definitely one of the prettiest looks of the evening.

Mila Kunis again has sealed the deal as a red carpet force to be reckoned with. Her head to toe look was chic and stunning. Makeup artist Tracey Levy was inspired by Audrey Hepburn when she created this look that focused on a swipe of black liner and lots of lashes. But let’s be honest Kunis is so pretty that she could have shown up wearing only chapstick and she would have looked darn good. The makeup was rounded out with a rosy lip color and the hair was piled into a slightly messy but elegant French twist.

Emma Stones platinum French twist and pretty peachy makeup was the perfect antidote to her peach pink Calvin Klein dress. Where others have tried and failed to be chic with bleached blonde hair and a tan Ms Stone made it look effortless.

And lastly, Piper Perabo looked like a French starlet in her curve hugging black dress, sleek ponytail (which was softly curled on the end for a more polished look) and ripe red lipstick. Every element was just the right amount… nothing looked forced or too contrived. 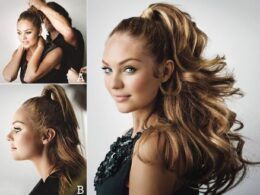 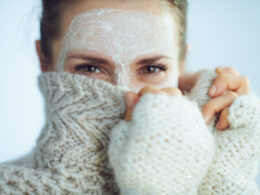 Here’s Why Sunscreen is Just as Important During the Winter

We spoke to the skin experts at EltaMD to understand why diligent sun-care is a must all year round.
byChristina Silvestri 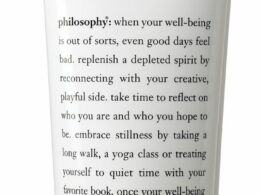 I absolutely heart philosophy products. I’ll admit, when I first stumbled upon the line of bath, beauty and…
byMarlene 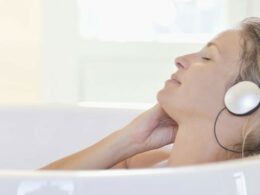 I am one for soaking in the tub with bath salts, lighting a few candles, and listening to…
bydiane