What’s a Valley Girl to do on a hot summer day? The latest means designers and brands are showcasing their collections through is film. Creating a kind of editorial in motion, a story, an atmosphere and a world is all encapsulated in a short film, drenched in the fairytale lifestyle of the brand. Enjoy, and pump up that AC!

The Powder Room by Zoe Cassavetes for Miu Miu

The Powder Room by Zoe Cassavetes is the first of “The Miu Miu Women’s Tales,” a series of short movies by international female filmmakers from spring 2011. Set in London’s Claridge’s Hotel, the short film explores the feminine rituals in the powder room. Watch additional behind the scene footage and interview with Zoe Cassavetes herself on www.miumiu.com!


As easy to like as it is to describe, Kate Spade describes this cute film as “the story of a charming girl.”

The Tale of a Fairy, The Short Film by Karl Lagerfeld Part 1

This film is the first part of a two-part film for Chanel Cruise 2012, directed by Karl Lagerfeld. The 30-minute film starts model Kristen McMenamy and Lady Amanda Harlech, who play bickering sisters who share a house. Not to mention the stunning clothes and accessories of Chanel Resort 2012 in motion!

The Tale of a Fairy, The Short Film by Karl Lagerfeld Part 2

Elle Fanning in “The Curve of Forgotten Things” 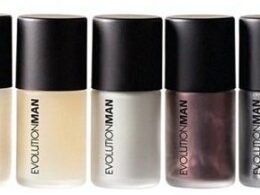 Manscaping is nothing new for the trendsetting male, however a manicure is one thing and polish is another.
byChristina 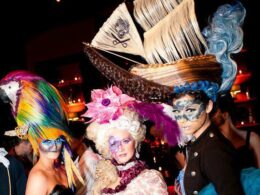 Which Scottsdale salon will snag the title of “Supreme Salon”?
byChristina

5 Beauty Tricks of The Week

Last week, we brought you 5 beauty secrets you would find useful.  This week, we continue to bring…
byCaitie 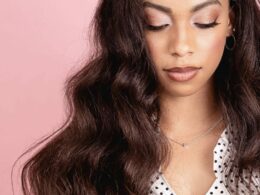 Impress your Prom Date with These Three Hairstyles

by Drybar Prom season is well under way, and with only a few weeks to spare, high schoolers…
byKarah Van Kammen