The 46-year-old heartthrob also won this flattering endorsement from People Magazine in 2003. This year he is taking the sexy crown from last year’s winner, Hugh Jackman.

Senior editor at People, Kate Coyne, said on CBS’ “Early Show” that Depp has attained an almost “iconic status in terms of sexiness.”

Depp was acknowledged for his many levels of sexiness and its longevity.

But Johnny Depp isn’t the only man who has won “Sexiest Man” twice in his lifetime. Brad Pitt, George Clooney and Richard Gere are also double winners.

Johnny Depp rose to stardom when he landed the lead role in 21 Jump Street. To his dismay, he was and quickly regarded as a teen idol. Not selling out for the fame game, from then on he only chose rolls that were “offbeat” and “eccentric.” Even though this can be  a risky decision for actors, it may, however, be the reason Depp is so highly-regarded and today’s “Sexiest Man Alive.”

His first major hit film and one of his more memorable roles was when he starred as Edward Scissorhands. Shortly after he gained box office recognition in roles such as Ichabod Crane in Sleepy Hollow, George Jung in Blow, Jack Sparrow in the Pirates of the Caribbean film series, Willy Wonka in Charlie and the Chocolate Factory and most recently his mobster role as John Dillinger in Public Enemies.

Films featuring Depp have grossed over $2.3 billion at the United States box office and over $4.8 billion worldwide. He has been nominated for the Academy Award for Best Actor three times, Screen Actors Guild Awards four times and Golden Globe Awards eight times, Depp won the Best Actor Awards from the Golden Globes for his role in Sweeney Todd: The Demon Barber of Fleet Street and from the Screen Actors Guild for Pirates of the Caribbean: The Curse of the Black Pearl, according to Wikipedia. 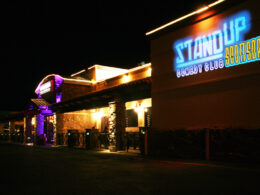 Get up, stand-up! LOL at Old Town Scottsdale’s newest comedy club, “Stand-Up, Scottsdale!”, presented by one of the…
byJackie
Read More 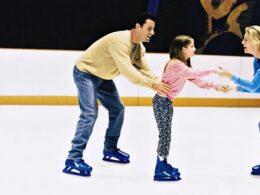 Okay so we may not have white snow accompanied by extremely low temperatures, but that doesn’t mean the…
byJackie 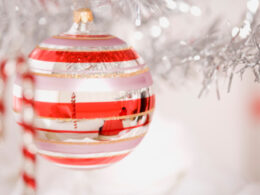 Scottsdale Fashion Square, known worldwide as Arizona’s shopping mecca, is elevating the holiday experience with little luxuries of time, ease and convenience this holiday season. Shoppers, expect to find one-of-a-kind shopping, dining and entertainment. The shopping center already started out Black Friday with the White Glove Holiday experience unlike anything else in the region.
byChristina