Us women have been trained to order “healthy” meals, like salads and smoothies, since we first looked in the mirror and visually dissected our not so perfect figures. Well don’t be fooled by the menu’s light and fruity title, beware of these deceiving, undercover belt busters. You will be shocked at the calorie load!

Macaroni Grill’s Seared Sea Scallops Salad
1,320 calories
91 g fat (25 g saturated)
2,860 mg sodium
How is it possible that a seafood salad can be such a diet killer? Well this high calorie bowl of greens is loaded with more than one day’s worth of sodium, fat and saturated fat. Yikes!

T.G.I. Fridays Pecan Crusted Chicken Salad
1,360 calories
With this many calories in a salad, you might as well have ordered a bowl of pasta. According to a T.G.I. Fridays analysis, six out of the seven salads examined were more than 900 calories. This means that your lunch may be the only big meal you are able to physically afford that day. Think again and try the T.G.I. Friday’s Cobb Salad, as it has only 590 calories.

T.G.I. Friday’s NY Strip & Shrimp
1,660 calories
Steak and shrimp may be filled with a bunch of protein and zero carbs, but with its 1,660 calories, you are devouring the equivalent of three Big Macs, according to AOL Health. Steer clear!

Quizno’s Tuna Melt (large)
2,090 calories
175 grams of fat (31 g saturated fat, 2.5 g trans fats)
2,190 mg. sodium
Tuna could be one of the best things for you. But if you wrap it in thick white bread, cover it with melted cheddar cheese, then pile on the mayo, this “healthy” sandwich turns ugly very quickly. 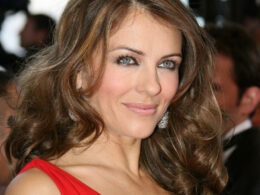 Here are some of the wackiest celebrity diet and weight loss plans, tricks and trends.
byChristina 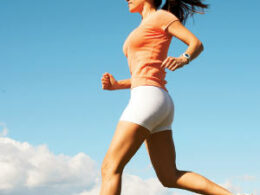 Get a Hot Bod with Heated Spin Classes 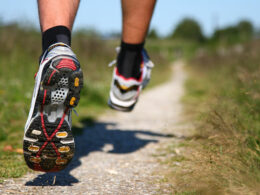 Stay motivated with some fun, top-notch performance gear that will carry you straight through the finish line.
byChristina