Celebrate Harry’s final adventure in Harry Potter and the Deathly Hallows: Part 2 to the fullest with the Westin Kierland Resort.

On Friday, July 15th through July 17th, the luxury resort and spa is celebrating the much-anticipated blockbuster release with a two-night resort package that would make even the Weasley twins jealous.

Guests of this Scottsdale resort will enjoy family fun with costume contests, previous Harry Potter movie showings, and other “Hogwarts” themed activities during this “Stay for a Spell” weekend event. Youngsters will receive a gift bag at the Potter-themed check-in with their special Harry Potter activity schedule.

In the epic finale of Harry Potter and the Deathly Hallows: Part 2, the battle between the good and evil forces of the wizarding world escalates into an all-out war. The stakes have never been higher and no one is safe. But it is Harry Potter who may be called upon to make the ultimate sacrifice as he draws closer to the climactic showdown with Lord Voldemort.

This family event in Scottsdale includes a special themed dinner at the “Leaky Cauldron,” with character appearances and a private screening of Harry Potter and the Deathly Hallows: Part 2 on Saturday, July 16th and a “Quidditch Cup” version of the Kierland Family Challenge, where families will compete in a series of challenges for a grand prize. The “Hogwarts Express” shuttle will also be available throughout the weekend at “Platform 9¾” to take families to the Kierland Commons and Scottsdale Quarter for shopping during their stay.

The “Stay for a Spell” package at the Kierland Resort in Scottsdale includes:

• Two-night stay on July 15 – July 17
• Private Screening of the new Harry Potter and the Deathly Hallows: Part 2 on July 16
• Special themed check-in with gift bag and special Harry Potter Itinerary
• “Hogwarts” activities throughout the weekend
• Special themed dinner on July 16 including character appearances at the “Leaky Cauldron.”
• “Quidditch Cup” version of Kierland Family Challenge
• One Session (half hour) of Laser Tag or one all-day pass for Gamez on Wheelz (per child)
• On-Property Showings of Previous Harry Potter Movies
• Evening Arizona S’mores at Honey Duke’s (aka OK Corral)
• Special themed menus will be available at the Resort’s dining outlets for some additional Potter-inspired FUN (additional cost for food) 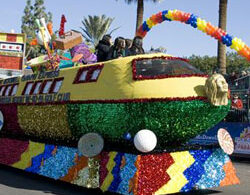 Before “the holidays” are officially over and it’s time to go back to work on Monday, enjoy a…
byJackie 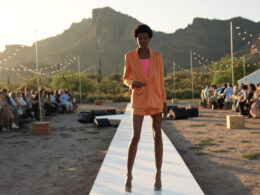 Haute Style & Cuisine: Fashion in the Desert to be Annual Event

The sold-out dinner brought the community together for a fun and memorable evening of fashion, music, cuisine and connection.
byChristina
1 share
1
0
0
Read More

Combine diamonds and wine and you’ve got every girls dream night. Well, Jewelry by Gauthier is doing just…
byJackie 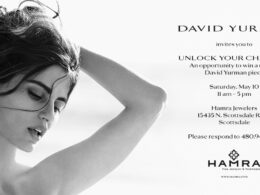 Hamra Jewelers will host a special shopping event next weekend to celebrate Mother’s Day! Women from all…
byKarah Van Kammen