A frosty beer on a warm day. I figured that would make your mouth water. Now that temperatures are rising, beer is becoming more and more a beverage of choice. However, it isn’t always easy to tell what beer is going to pair best with dinner–whether you’re going out or eating in. The folks at Samuel Adams prepared a helpful, easy food-and-beer pairing guide that’ll most definitely come in handy during your next dinner party or night out on the town.
Thai/Indian: Samuel Adams Imperial White is full of spices that hold up to bolder flavors like curry, while its malt body cuts the heat of such cuisines.
Burgers: Samuel Adams Boston Lager’s serious flavor helps to cleanse the palate, while its carbonation cuts the oil of meat and cheese.
Mediterranean: The well-rounded, lighter nature of Samuel Adams Summer Ale will compliment Mediterranean cuisine’s fresh, earthy flavors.
Chinese: The maltiness and hop complexity of Samuel Adams Boston Lager stand up well to Hunan-Schezuan’s subtle yet spicy flavors.
Italian: Samuel Adams Pale Ale’s intense, hoppy flavor imparts some bitterness that works well with both cream and red sauces in pizzas and pastas.
Mexican: Samuel Adams Boston Ale’s slightly fruity notes stand up well to the heat of Latin food. For extra spicy dishes, try Brown Ale—its extra malt will help calm the palate.
And a few words on the beers themselves:
Samuel Adams Boston Lager offers full, rich flavor that is both balanced and complex. It also uses only the finest of ingredients including two-row barley, as well as German Noble aroma hops. The exclusive use of two-row barley not only imparts a full, smooth body but also gives the beer a wide spectrum of malt flavor ranging from slightly sweet to caramel to slightly roasted. The Noble hops varieties, Hallertau Mittelfruh and Tettnang Tettnanger, add a wide range of floral, piney and citrus notes, which are present from the aroma, through the flavor, to the lingering smooth finish.
Samuel Adams Summer Ale is an American wheat ale. This summer seasonal uses malted wheat as well as lemon zest and grains of paradise, a rare pepper from Africa first used as a brewing spice in the 13th century to create a crisp and spicy flavor and body. The ale fermentation imparts a background tropical fruit note reminiscent of mangos and peaches. All of these come together to create a quenching, clean-finishing beer.
Samuel Adams Boston Ale was first brewed to celebrate the opening of Samuel Adams’s Boston Brewery. Like Samuel Adams Boston Lager, it was an old family recipe that was rescued by Jim Koch from his father’s attic. Samuel Adams Boston Ale, a Stock Ale, has a complex, caramel malt character balanced with distinct spicy and herbal hop notes.
Samuel Adams Pale Ale is a lighter-bodied beer with a delightfully fresh taste. Its unique blend of two-row malts add a rich harmony of sweet flavors that are complimented by the traditional earthy hop character imparted by authentic British hops. The fermentation character of the ale yeast adds a rich bouquet of fruit and ester notes that add another layer of complexity to this popular style.
Samuel Adams Imperial White is a new perspective on the classic witbier style. Witbiers are normally light and refreshing with a fruity finish and the company wanted to see how these characteristics would stand up when the recipe was amped up. You’ll be amazed at the flavors you’ll discover as the beer warms and opens up. www.samueladams.com. 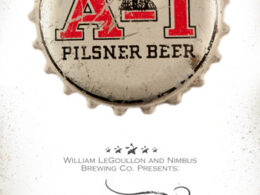 If you’re a beer lover, there’s a weekend event on tap that is not to be missed. On…
byMelissa 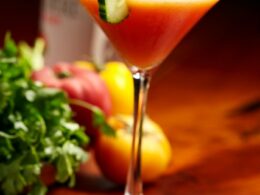 We’re supposed to learn something new every day, right? Well, that concept is much more appealing when the…
byMelissa 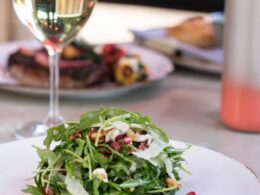 5 Italian Wines to Drink this Summer

Italy is the world’s largest producer of wine, which accounts for around one-third of the world’s wines. This…
byMelissa 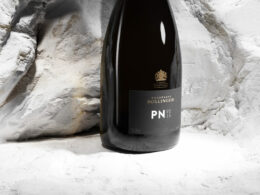 Champagne Bollinger is introducing their new PN VZ15, so we all can be popping more savory champagne bottles!
byTyler Hollis