Rob Fullmer, executive director with the Arizona Craft Brewers Guilds, discusses the Valley’s must-try fall craft beers.
Huss Brewing Company’s Rice Pudding Porter An excellent beer for the season. This delicious porter is brewed with a blend of autumn spices—cinnamon, vanilla, clove and nutmeg—which combine for a nicely balanced finish.
Wanderlust Brewing Company’s Dunkelweizen It is a malty German-style wheat beer, caramel in color with clove and banana on the nose. Flavor is dominated by caramel-like sweetness and a rich grainy mouthfeel with a crisp finish from a clove-like spice. They boast this as a “real fall beer.”
The Perch Brewery’s Sage Thyme English Pale Ale The Perch tradition is created in early October with the flavors of Thanksgiving in mind. The magic happens when fresh sage and thyme are added late in the boil. Aromas of Thanksgiving sage and thyme are complemented by a maltiness and just a touch of floral essence from the hops. The beer pairs well with just about any food, particularly your Thanksgiving dinner.
SanTan Brewing’s Oktoberfest This German-style lager is brewed in the Southwestern-style. Oktoberfest is a malty beer with a slightly sweet aroma of caramel and spice. The craft beer pairs perfectly with bratwurst, schnitzel, soft pretzels and traditional fall spiced dishes that feature nutmeg,
cinnamon and, of course, pumpkin spices.
Dubina Brewing Company’s Fall Maple Ale This Scottishstyle ale has pure maple syrup throughout the brew. It’s a malty brew balanced
with maple flavor. Bring your pancakes. 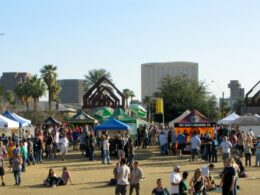 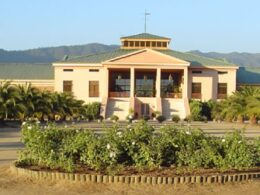 It has been more than a month since a devastating earthquake hit Chile. And through April 18, Four…
byMelissa
Read More

Geordie's Steak at Wrigley Mansion kicks off a new wine dinner series on Tuesday, Jan. 24 (with additional dates throughout the year) with a “New Oregon” wine event
byMelissa 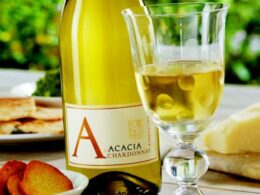 Just in time for Mother’s Day brunch or dinner (or perhaps a delicious gift for your mama), here…
byMelissa