In this Grocery Greats segment, guest writer ForXx is seeking the best store-bought, pre-made cheesecake for holiday celebrations.
‘Tis the season for wonderful desserts as we approach the holidays. Nothing is more classic than New York-style cheesecake, but if you’re not at some swanky restaurant, how do you get that decadent dessert at home? I did some shopping for you and here’s what I found.
The Sara Lee original cheesecake was really sweet. Although it was a little more reasonably priced, it lacked texture. Once it thawed, the sour cream seemed to take over the flavor, and the crust was just as sweet as the cake. A sugary disappointment.
The fluffiest, mouthwatering cheesecake I found was from Costco. Believe it or not, it was really tasty. The store’s New York-style cheesecake was a perfect texture that delicately melted in my mouth. The graham cracker crust was moist and flavorful as well. Simply thaw and serve. There’s plenty to share as it comes pre-cut in generous portions. To sweeten a slice, simply add some fresh strawberries and pour yourself a cold glass of milk.
Trader Joe’s has an old-fashioned cheesecake as well in the store’s freezer section. Great texture and flavor to rival that of Costco. No need to defrost but you could heat up a berry sauce and ladle it over the top for that little something extra.
This week’s Grocery Great is the Costco cheesecake, hands down. Yummy!
For more fab foodie news, follow us on Twitter @AZFoothillsfood, become a fan on Facebook and check us out on Pinterest. 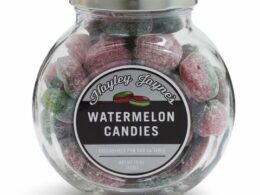 Watermelon is the unofficial food of summer. What screams the season more than kiddos with sticky, pink-stained cheeks?…
byMelissa 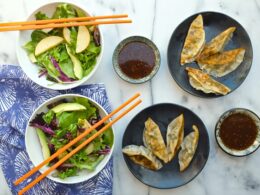 Recently, we had the chance to try three meals from One Potato, a family-friendly meal delivery service that provides fresh, organic pre-portioned meal kits straight to your door.
byMelissa 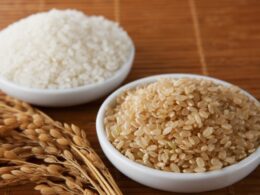 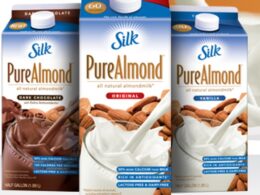 In this Grocery Greats segment, ForXx is seeking out the tastiest, creamiest almond milks. The milk market can…
byMelissa