We love Ben & Jerry’s. Even more so than their delicious and unique ice cream flavors, we love them for helping our wonderful organizations. Such is the case with Ben & Jerry’s new Bonnaroo Buzz. When we purchase the new flavor this summer, which is comprised of light coffee and malt ice creams with whiskey caramel swirls and English toffee pieces, a portion of the proceeds benefit the Bonnaroo Works Fund. (Ben & Jerry’s at el Pedregal is taking part in this special promotion.)
About Bonnaroo
Bonnaroo was conceived in 2002 and continues to make a strong impact on the American music industry. It has served as a launching pad for such popular artists as Kings of Leon, Norah Jones, Jack Johnson, Robert Randolph, My Morning Jacket, Ray Lamontagne, Matisyahu, and many others. A creative and cultural mega-success, Bonnaroo has also featured a staggeringly diverse range of world-class acts such as Bob Dylan, Bruce Springsteen and the E Street Band, Metallica, Neil Young, Radiohead, Willie Nelson, The Police, Pearl Jam, Tom Petty, Tool, Wilco, Nine Inch Nails, Merle Haggard, The Dave Matthews Band, James Brown, The White Stripes, The Dead, Regina Spektor, Bon Iver, Snoop Dogg, David Byrne, Widespread Panic, Death Cab For Cutie, Al Green, Elvis Costello, Amadou and Mariam, Beck, Against Me!, The Black Crowes, Alison Krauss, Bright Eyes, Bonnie Raitt, Steve Earle, Jurassic 5, Modest Mouse, The Mars Volta, Common, Burning Spear, the Flaming Lips, among so many others. The festival is also starting to make quite an impact on the comedy industry as well, as it has featured some of today’s best comedians working today. From Chris Rock, Lewis Black, Flight of the Concords, David Cross and Fred Armisen to Jimmy Fallon, Triumph The Insult Comic Dog, Jim Norton, Patton Oswalt, Zach Galifianakis, Louis CK, Janeane Garofalo, Aziz Ansari, John Oliver and Brian Posehn, Bonnaroo is now considered to be an essential play for every comedian both established and on the rise. 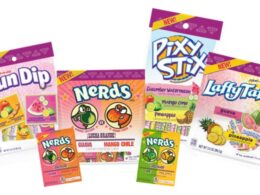 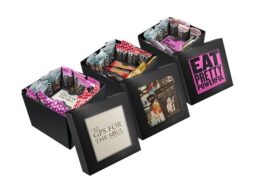 Snack and Give Back

Seeking a tasty stocking stuffer for the foodie in your life? What about a hostess gift for your…
byMelissa 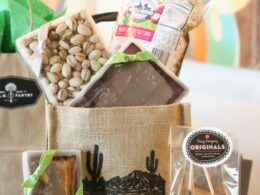 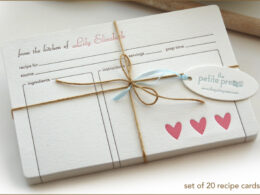 One of my favorite holidays, Valentine’s Day, is just around the corner. Chocolate, flowers, candy hearts–what’s not to…
byMelissa