Today Americano Foods, creator of Americano® nut butters announced they will contribute 100 percent of proceeds from online sales throughout September to relief work in Beirut, Lebanon. FirstBank, one of the nation’s largest privately held banks with a focus on “banking for good,” has agreed to match money raised throughout the month.

Devastated watching the Beirut explosion and economic situation in the country, company co-owners Denise and Jeff Malkoon, who are third-generation Phoenicians of Lebanese descent, were inspired to do as much as possible to serve those in need.

“The effort to rebuild the city of Beirut will take years but hospitals like the Children’s Cancer Center of Lebanon who serve the most vulnerable don’t have that time and need our help now,” owner Jeff Malkoon shared on twitter.

From now until the end of September, 100% of proceeds from online shop eatamericano.com will go directly to Beirut-based Children’s Cancer Center of Lebanon, an affiliate of St. Jude’s Children’s Hospital, that serves childhood cancer patients of all ages and was deeply affected by the recent explosion.

About Americano Foods: Americano Foods is a nutritious spread company based in Phoenix, AZ. Founded in 2013 Americano Foods develops, produces, and distributes nut butter products in multiple unique flavors.  Their products can be found in thousands of retail locations including Arizona Sprouts, Fry’s and AJs locations. They have built a reputation for their work with local nonprofits and hunger relief agencies like St. Mary’s Food Bank.

Since 2000, FirstBank has been recognized as a leader in corporate philanthropy, contributing more than $70 million and thousands of volunteer hours to charitable organizations. The company is also unique in that a large portion of its stock is owned by management and employees, giving all employees a financial stake in the bank’s success through its 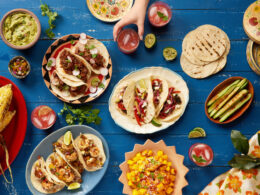 Where to Order Cinco de Mayo To Go in Phoenix 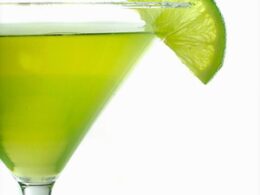 In celebration of this week’s Cinco de Mayo, here is a roundup of where to be this Thursday. (We…
byMelissa 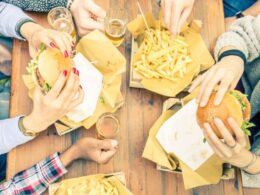 Even if your bracket has already gone bust, there is still plenty of fun to be had during March Madness. Check out these Valley drinking and dining deals and specials.
byMelissa
14 shares
13
0
1 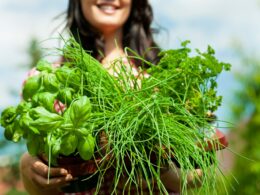 6 Must-Have Herbs for Your Garden

Smell, taste, touch, sigh, and hearing … these five senses help us to perceive and experience our world.…
byMelissa
2 shares
0
0
2