Drew Wetmore has been appointed Executive Chef for the Boulders Resort & Spa. In his new role, he will oversee the resort’s five busy kitchens including the Palo Verde Restaurant, Grill Kitchen & Bar, Spotted Donkey Cantina, Spa Café, the Discovery Lounge and Pool Pavilion.

He plans to oversee the menu development and the food preparation that respects the integrity of the region by incorporating local Arizona produce and freshly foraged ingredients from the resort’s own certified Organic Garden.

Chef Drew takes much of his culinary inspiration from nature. He has even modeled the new plate design from surrounding landscape.

Chef Drew is a native of Tucson Arizona and he has always felt at home in the Sonoran Desert. During his teenage years, he was not only a student-athlete, but also had an early affinity for the culinary arts and he credits the FEAST program at Catalina High School that taught him about food and refining his culinary talents. He later earned a Bachelor of Arts Degree from the Scottsdale Culinary Institute.

His externship at the Fairmont Scottsdale Princess included working with some of the top country’s chefs including Michael Mina, Richard Sandoval and Forest Hamrick. 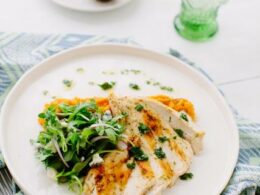 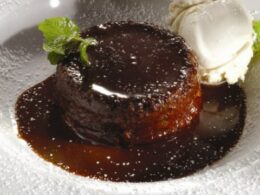 Did you know that May is Celiac Disease Awareness Month? To honor this month, several Valley restaurants are…
byMelissa 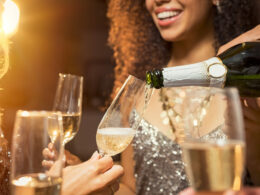 Need A Last-Minute NYE Plan or Dinner? We’ve Got You Covered

Need a last-minute NYE plan or dinner with your friends and family? Here are some NYE events, dinners, and to-go options in the Valley.
byTyler Hollis 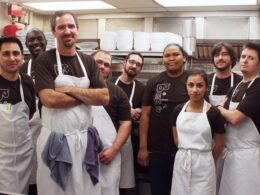 Kevin and Amy Binkley, the culinary luminaries behind Binkley’s restaurant and Cafe Bink, have unveiled their newest dining…
byMelissa