California celebrated a major milestone in the pandemic yesterday by lifting all restrictions for a safe reopening, welcoming residents and visitors alike to once again fully enjoy all of the entertainment and activities that The Golden State has to offer. Just in time for summer, a bunch of new hotels in Los Angeles are slated to open their doors from now through the fall. Let the below shortlist of new hotel openings in Los Angeles inspire you to start planning your next trip ASAP.

Venice Beach’s only beachfront hotel, from Proper Hospitality, opens this Friday, June 18 with 30 rooms and six suites. The hotel, redeveloped from a 106-year-old building, will include a rooftop bungalow and is about five blocks from Abbot Kinney Boulevard.

Proper Hotels will open a second Southern California hotel at the downtown Los Angeles site of the former Case Hotel in July. The 13-story property, which was built in 1924, will have 148 rooms as well as a rooftop pool and two restaurants overseen by James Beard Award-winning local chef Suzanne Goin and Caroline Styne.

The Godfrey Hotel lifestyle chainlet, which has properties in Chicago and Boston, will open a property on Hollywood’s Cahuenga Corridor near Sunset Boulevard in July. The hotel will have 220 rooms as well as four bars and a gastropub/steakhouse called About Last Knife.

Amsterdam-based micro-room hotel specialist CitizenM will make its West Coast debut in late summer with its Los Angeles property. The Downtown site, located at Fourth and Spring Street, will have 315 rooms.

The Thompson Hotels debuts a new-build property on Wilcox Avenue between Hollywood and Sunset Boulevards. The 200-room hotel, to be built by Dream Hollywood developer Relevant Group, will have a rooftop deck with a pool.

AccorHotels’ Fairmont badge will take over the landmark Century Plaza hotel in Century City when the property completes its $2.5 billion redevelopment. Scheduled to open this September, the Fairmont Century Plaza will have 400 rooms and 63 luxury residences; a 14,000-square-foot spa; 24,000 square feet of private-event space; and four food and beverage options.

The Shay, a boutique hotel which is part of the 500,000-square-foot Ivy Station mixed-use project in Culver City, is slated to open this fall. The 148-room hotel, which will be operated by Hyatt as part of its Destination Hotels group, will feature a 5,000-square-foot rooftop space with a pool, restaurant and lounge. The hotel will also include the restaurant etta, helmed by Chicago chef Danny Grant. 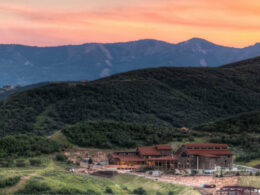 Debuting May 2019, The Lodge at Blue Sky is a new escape in the Wasatch Mountains, perfect for outdoor enthusiasts.
bySuzanne Koch 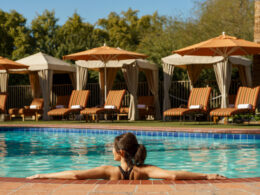 Summer in Paradise at Hermosa Inn

With rates starting at $149 per night plus tax and resort fee, the Summer in Paradise Getaway is Hermosa's Inn best value of the year!
bySuzanne Koch 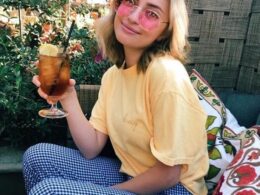 Happy Hour Just Got A Whole Lot Healthier At This Luxe L.A. Resort

Just because you want to be healthy does NOT mean you need to give up your cocktails. Because…
byLeslie Hughes
1 share
0
0
1 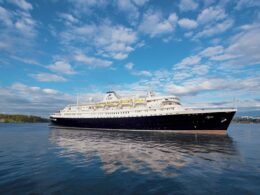