Las Vegas visitors can now experience the iconic natural wonders, picturesque scenery and breathtaking views of Legendary Iceland at FlyOver in Las Vegas, the multi-sensory attraction on The Strip. To celebrate the launch of the newest flight ride, guests can enter to win a trip for two to Iceland during the month of April.

“We are thrilled to officially launch Legendary Iceland, the latest flight ride film at FlyOver in Las Vegas,” said Lisa Adams, Vice President of FlyOver Attractions. “Guests can experience Iceland like never before by soaring over majestic waterfalls, fantastic fjords, lava landscapes, stunning glaciers and more. You will fall in love with the Land of Fire and Ice at FlyOver and then you’ll have a chance to win a trip to Iceland to experience the magic firsthand.”

To enter the sweepstakes, guests can visit FlyOver on The Strip. The randomly selected winner will enjoy the following:

FlyOver in Las Vegas provides guests with an exhilarating flight ride over some of Iceland’s most iconic natural wonders, hard-to-reach locations and picturesque scenery. Riders glide over nearly 30 different landmarks and locations throughout the Icelandic region including the Aldeyjarfoss waterfall, the Markarfljótsgljúfur Canyon, Þrídrangar Island, the Mælifell volcano, the Dyrhólaey cliffs and more.

FlyOver uses a state-of-the-art moving platform with six degrees of motion to make visitors feel as though they are soaring, dipping and diving like a bird. Shown in stunning 8k resolution on a massive 52.5ft screen, location-specific mists, scents and wind fully immerse guests in the action taking place all around them on a spherical screen.

The experience begins with a pre-show designed by Montreal-based Moment Factory. Guiding guests through the role of nature, time and humankind is a troll named Su Vitra, also known as The Wise One. Su Vitra was designed by English-Icelandic illustrator Brian Pilkington and symbolizes the wisdom and enchantment of Iceland. Water, fire, land and more are projected on the floor and shown on a suspended screen as Su Vitra shares tales of Iceland’s history, leaving visitors with a poetic vision of the country.

After the pre-show, visitors board the flight ride where they soar to tremendous heights. Riders are immersed in breathtaking sights of the country accentuated with a mesmerizing musical score crafted by Icelandic composers Kjartan Holm, Paul Corley, Daníel Bjarnason and Georg Hólm, all known for their work with the legendary band Sigur Rós.

The Iceland film was created by some of the entertainment industry’s most inventive minds, including creative director and former Walt Disney Imagineer Rick Rothschild and Cannes Lion Award-winning film director Dave Mossop. Rothschild and Mossop joined with helicopter pilot Jón Kjartan Björnsson – known for his work on popular productions including HBO’s “Game of Thrones” and movies “Oblivion” and “Flags of Our Fathers” – to shoot the scenes shown in the fight ride film.

Enter the sweepstakes at FlyOver in Las Vegas; no purchase necessary. Must be at least 18 years old and a resident of the United Stated to apply. One sweepstakes entry is permitted per person. All rules and restrictions apply, and full sweepstakes details can be found at https://www.flyoverlasvegas.com/icelandsweepstakes. Entrants will be accepted now through April 30, 2022; the winner will be announced on May 2, 2022. The trip must be redeemed by December 23, 2022.

FlyOver in Las Vegas also houses the film, “The Real Wild West,” where riders are immersed in the breathtaking settings of the American West. Riders can glide over landmarks including Zion National Park, Monument Valley, Lake Tahoe, the Grand Canyon, the Las Vegas Strip and 17 other iconic destinations during the film.

The attraction is open Monday – Sunday 9 a.m. – 9 p.m. Tickets start at $34 for adults and locals receive $10 off ticket prices. Children must be at least 40 inches tall to ride. FlyOver is currently offering a “Spring Break” special now through April 30, 2022 that includes four tickets to see either “The Real Wild West” or “Iceland” for just $96. 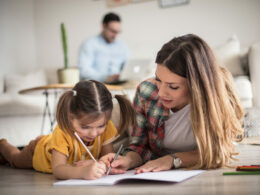 Valley museums are sharing online resources and at-home activities for kids and families to enjoy from home.
bySuzanne Koch
2 shares
1
0
1 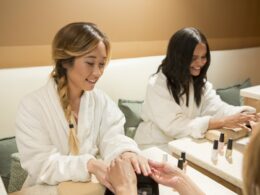 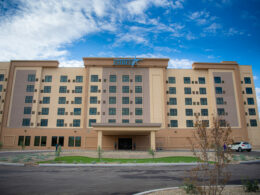 Located adjacent to Casino Del Sol, the new 151-room hotel is connected to the casino by a covered walkway, allowing guests to easily access both properties.
bySuzanne Koch 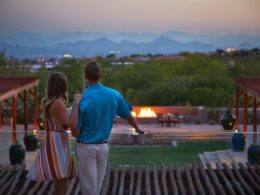 Cupid works a little harder at these heart-throbbing, passion-packed resorts whose Valentine's Day offerings will send you over the moon and back.
bySuzanne Koch