Title: A lot of people refer to me as THE JUNKMAN

Kids: Society doesn’t have to worry about mini-me’s quite yet.

City you live in: My body is in Phoenix but my soul is in the snowy Rocky Mountains.

A typical day in my life includes… Working out, calling as many people as possible to tell them about junk, grabbing some coffee or beers with someone new, calling an old friend, eating chicken and rice 2-3 times, pretend like eating cereal standing doesn’t count, sometimes working out again and getting to the end of the day hoping there is time left to sleep.

I was born… Fairfax, VA

My favorite thing about Arizona… Scenery is pretty great, but I love being closer to my favorite West Coast snowboarding spots like Utah.

I’m listening to… My playlist on Spotify called “Porch Drinking,” filled with some of the best country music out there.

My family… The short answer is my family extends beyond just blood. The long answer is I have my younger brother, Liam, who goes to school in Prescott, AZ where he is in Army ROTC and planning on flying helicopters. I get to see him often; we like to fix up cars and go shooting. My older sister, Celia, went to VCU art school and got a degree in graphic design. Between flying helicopters, junking and graphic design, we cast a wide net of expertise. My father, Steve, grew up in New York. He recently lost 150 pounds and weighs less than I do. If you ask me, I made a pretty big transformation in high school when I started working out and he couldn’t deal with me carrying the torch for best the Delahunty transformation. My mother, Celeste, grew up in Fort Walton Beach, Florida (not sure why she ever left the beach, I guess my father is ok). Her family history backtracks all the way to a ranch in Buckeye, Arizona which is now Bales Hay, I am allegedly related to them but have yet to roll up to introduce myself. I am a fantastic chef but it’s really just recipes my mother sends me that I claim as my own to impress company.

Aside from my blood relatives I have a bunch of friends I consider family, many of them I played college baseball with. I call them almost every week and they answer sometimes.

If I could have dinner with anyone, it would be… Tough one to answer so I’m breaking the rules with a few.

I would love to snag a coffee with Cody Ko, a hilarious and smart guy. I would have a post-morning workout coffee/smoothie with Mat Fraser and Sara Sigmundsdottir, I don’t do CrossFit, but they are two of the fittest people on earth and I’d love to pick their brains on what makes them so tough. I would like to work out with Calum Von Moger, Australian bodybuilder. He has had to deal with so much adversity and is just an overall cool dude. Then, finally, if I had to choose someone to get dinner with? Well right now I think a dinner with the CEO of JLL would be pretty electric. I’m a pretty busy guy but I could squeeze him in, everybody’s got to eat, right?

One thing I cannot live without… A lot would say caffeine. I am actually not sure if I could live without it as I can’t remember the last time I didn’t have a cup of coffee in the morning. So as far as I know, it’s a life necessity. However, I am big on surrounding myself with good people so I could never live without my close friends and family that keep me going when times get tough.

When I was younger, I wanted to be… I told my mom I wanted to be a trash man and I am really not that far off; she should’ve seen the warning signs. Aside from that I always wanted to play professional baseball.

I’m inspired by… The endless possibilities of everyday life and the places it will take you. You can truly do anything, and limits are created by our own minds. Surrounding yourself with quality people, striving every day to take steps forward and pursuing what excites you but also scares you is what gets me out of bed.

The one person who motivates me is… It is two actually, my mother for raising the absolute animals we were. My father for his insane work ethic and his subtle way of giving me just the right amount of free will and structure I needed to become successful. My parents did a very good job of teaching me how to fish instead of feeding them to me and I’m much better off now because of it. I will never be able to relax because I promised my mother a beach house and my MLB signing bonus never came through.

If I could change anything in the world, it would be… I want people to be nicer to each other. If I rest my hat on one thing it’s that I always do my best to be kind to whoever I come in contact with. My father defines a gentleman as one who makes those around him feel at ease by their presence. I want everyone to get that feeling when I enter a room and I work my hardest every day to illuminate that.

The perfect day would be… I have a story, and if my friend Jack Howard is reading this, don’t let it go to your head. I was going to a winery with one of my best friends Jack and his girlfriend Hannah; he planned this out months in advance when I told him that I was going to be moving across the country to Phoenix, AZ. As good of a third wheel as I am, I invited my friend Laura to come with us as well. It was a bit of a drive away, so we got there early for breakfast prior to heading to the winery. Jack was acting strange and skittish, which was very unlike him. I combated that by jokingly giving him a hard time and he was not having any of it. One second, he was saying the table at the winery wasn’t ready, then the next he urgently insisted that we go to the winery and our table was ready at that moment. I continued the banter, and he still did not give in to my humorous approach to the situation. We got to the winery, and they said the table wasn’t ready, but that we could go to the upstairs room to get a glass of wine while we waited. At this point I really started giving it to Jack and I couldn’t even get a response as we headed up the stairs to the top of the winery barn. Jack used to work at the winery, and I told him he needed to throw some weight around. As I was mid-sentence into my next remark, I saw a couple of my best friends from when I was a kid as I walked up the stairs. I then looked across the room and it was an entire floor of a winery filled with my best friends and family members that I hadn’t seen all together since college. Jack planned a surprise party with friends and family when he found out I was going to move to Phoenix. After the winery, we had everyone back to our house where we got one last party out of our system. Most people would have seen something like this coming, especially with Jack’s strange behavior prior in the day, but I always say ignorance is bliss. I was so happy that my friends Jack, Hannah and Sulli all wanted to go to the winery with me before I left and what a surprise that was, probably one of the best days of my life.

My first job was… Umpire, dive coach, lifeguard and I also worked on a country club for the connections.

My favorite escape… Day to day it’s the gym, it is my 1-2 hours in the day where I can put my phone away and have some time to myself.

Whenever I need to really recharge the batteries I go on a snowboarding trip. Waking up early with some coffee, looking at a foot of snow and proceeding to tear a mountain up with my friends is my best reset button. Every time I come back from a snowboard trip, a rampage of productive business development happens.

My life… Is about continuing to find and fulfill my potential. My college baseball coach drilled in our heads that in order to be great we can’t be average. Ever since then I’ve never been able to rest, I’ve got to run as hard as I can all the time, I only have one speed.

I’m currently working on… Personal: getting all my friends to visit for the waste management open and planning some snowboard trips to Utah. Business: We are working on being the only junk removal company in the world that can guarantee the donation of certain assets back into the community.

Always… Surround yourself with people who inspire you and you strive to be like.

Favorite Quote… I have notes in my phone of inspirational quotes that cover almost 20 pages when I put it in a word document, so this one is really difficult for me.

One that really sticks out is “Courage is not the lack of fear. It is acting in spite of it” – Mark Twain.

This one is special because it shows you that everyone is human. When society sees a great leader or someone with high levels of success, sometimes there’s this thought that they must not get the same feelings others do when approached with challenges. What makes a very successful person isn’t the lack of concerns and fears, it is their ability to act and overcome adversity to achieve higher goals.

This quote goes right along with my second pick: “The secret of a leader lies in the tests they have faced over the whole course of their life and the habit of action they develop in meeting those tests” – Gail Sheehy.

These two individuals have taught me that success is a choice, we all have the ability to act and those who succeed are those who make the choice to do so.

Biggest Dream… I want to visit my closest friends every single year, build a barndominium and snowboard with some buddies every year at my mountain house.

My Pet Peeve(s)… People who are just mean, if there’s one thing I’ve learned being a young, optimistic and overall positive person trying to grow my business and spread some joy, some people just suck. Don’t let it bother you, move on and continue to surround yourself with the best people you can find.

More About Ethan Delahunty:
Ethan Delahunty was born and raised in Northern Virginia. He played college baseball at Roanoke College in Salem, VA where he got his bachelor’s in business administration and was the first student of Roanoke College to graduate with a SAS analytics Level II Programming Certification. With these credentials he decided to get into the junk removal business. In October of 2019, he moved to Phoenix, AZ to help M3 Commercial Moving & Logistics launch its M3 Junk Removal branch. 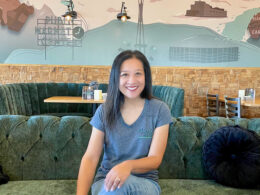 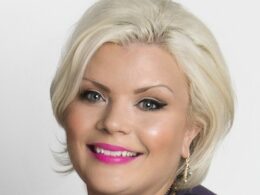 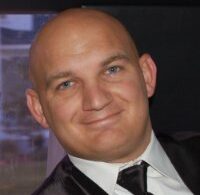 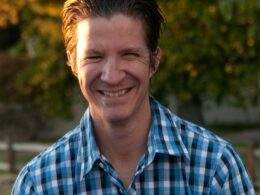