City you live in: Tempe

A typical day in my life includes… a typical day? Working then off to the gym, lift some heavy stuff, eat a bunch of food, sleep a bunch, all the good stuff. Unless it is Monday or Tuesday, that’s D&D night.

I was born… In Phoenix bay bay.

My favorite thing about Arizona… is hard to put a finger on it exactly. I’ve lived in a lot of places when I was younger but always came back to Arizona. What’s not to love, we have everything here.

I’m listening to… it’s a cliché to say this but I listen to almost everything. Let’s look at my Spotify recently played… Foster the People, Eminem, I Prevail, The Weekend, Kendrick Lamar, the 1975, Motorhead, Jon Pardi… So yeah little bit of everything.

My family… often wonders what I’m doing because I am terrible about calling them.

If I could have dinner with anyone, it would be… Gordon Ramsay. Back when I was cooking for a living I watched a lot of his videos and learned a bunch of techniques and recipes from that. He’s obviously a very successful restauranteur and I would pick his brain for as long as I could and learn as much as possible. Alternatively, Larry Fitzgerald. He’s the GOAT. I watched live when he was drafted and been watching ever since. Even was at the game with the hail Larry catch against Green Bay. Also Stone Cold Steve Austin, because who wouldn’t want to drink beer with Stone Cold?

One thing I cannot live without… can’t think of anything. Not really attached to anything so much that I couldn’t live without it.

When I was younger, I wanted to be… a restauranteur. My Dad used to tell me stories about a bar he ran with my Grandma. I became the guy in high school when other people said they wanted to be doctors or lawyers or whatever I said “I’m going to own a bar”

I’m inspired by… people who work hard. Regular people, my friends, and family, people I know who go out every day and get stuff done and make progress to their goals.

The one person who motivates me… is me I guess. I want to be the best me I can be but I think that’s an internal motivation

If I could change anything in the world, it would be… is it too obvious or boring to say no COVID? It’s true though, I’d be really fine with no more COVID.

The perfect day would be… just a big conglomeration of all the things I like doing, I suppose. Never had a perfect day before so it’s hard to say what that would look like. Id bet there would be some PR set and D&D played though, and some tacos, and rum… or tequila…

My first job was… when I was a thirteen, I worked summers laying flooring. Mostly tile but I did some hard-wood too. Got pretty good, set the entire kitchen of a multi-million dollar house.

My favorite escape… Bangin and clangin at the gym. Either that or I grab a really nice cocktail somewhere. There are a few places I really like and a few specific bartenders who come to mind.

My life… Is pretty good. I like my job, my friends, family, all that good stuff. There are long days and some boring nights but I can’t complain.

Always… Check for TP before you sit down.

Never… Curl in a squat rack.

Favorite Quote…”Don’t be an idiot, changed my life.”

My Pet Peeves… Got a few. When people bail on plans, why make the plan then ghost at the last minute? People driving slow in the left lane. Those voice robots when you call and you can’t press 1or 2 to get where you want to go. Instead, it makes you say it then never understands you so you repeat yourself over and over. It’s not an actual person, stop pretending that it is or somehow works better. 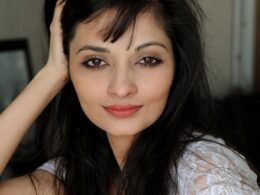 Listening to her intellect and intuition

Meet Kanksha,  she is ready to travel the world.  This India native couldn’t think of a better way…
bycchildress 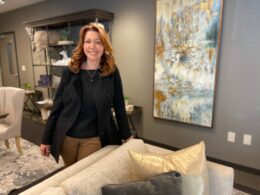 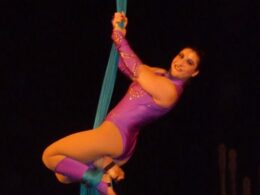 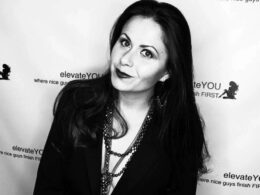