This is Arizona’s Most Googled Houseplant

Houseplants are a great way to incorporate greenery and life into a home. In Arizona, one houseplant in particular is receiving a lot of attention. According to a recent data analysis by All About Gardening, Calathea is Arizona’s most Googled houseplant. Its deep green leaves and exotic patterns make it a stunning addition to the desert. Here’s everything you need to know about this trendy houseplant.

The Calathea plant is part of the marantaceae family, also commonly known as the “prayer family” since their leaves move up or down depending on the time of day. In an attempt to capture the most sunlight, calathea plants keep their leaves low and open during the day. At night, they close them up, revealing the beautiful maroon coloring under the leaves.

Calatheas are native to tropical areas such as Brazil and parts of Africa. There are about 300 species of the calathea plant that each have a unique shape and pattern. The Rattlesnake, Open-Leaf, and Zebra calathea are some of the most popular species due to their extreme markings. While all calathea plants are relatively easy to grow and care for, the Rattlesnake plant is considered to be the easiest.

In addition to the beauty of these plants, calatheas have health benefits that make them a desirable option. Calathea plants are non-toxic making them an ideal houseplant for homes with children and pets. Their large leaves are great humidifiers, so many people keep calathea plants in their bedroom to take advantage of their calming and purifying properties. Placing calathea plants throughout the house will create a healthier indoor environment as they remove toxins and increase oxygen.

How to Care for Your Calathea Plant

Calatheas prefer medium to bright indirect sunlight and need to be watered every one to two weeks. You want to pot calathea plants in soil that will allow water to drain and maintain moisture. Compost, pine bark and perlite soils work well, however most general potting soils will do the job. Since they are tropical plants, calatheas like humidity and warmer temperatures between 65°– 85° F. Simply place your calathea plant next to a humidifier or mister to keep it happy in Arizona’s dry environment.

Visit your local plant nursery to find a calathea plant that fits the personality of you and your home. You can also order calatheas online through sites such as bloomscape.com. 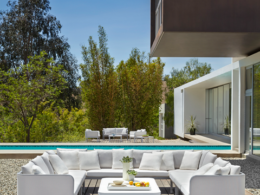 Now that Arizona is firmly in its this-is-why-we-live-here weather, it is time to jazz up that outdoor space…
byMelissa Larsen
4 shares
1
0
3 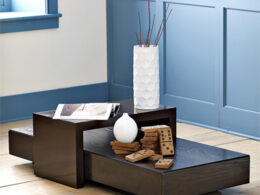 The popular home décor chains will be nestling into their new digs at Scottsdale Quarter on March 26th.…
byNichole 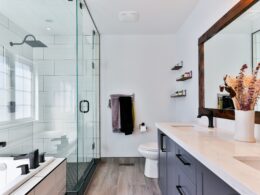 How to Achieve the Best Bathroom Lighting Design With Wipliance

Lee Travis with Wipliance and David Warfel from Light Can Help You explore how to transform your bathroom lighting.
byChristina
1 share
0
0
1 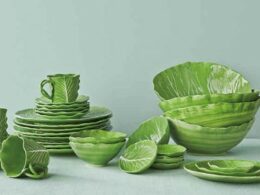 The Tory Burch home line is the unique collection that is missing from every home. The electric line…
byKelly Potts