For the Love of the Game

They say a real woman won’t make you choose between her and baseball, a real woman will make you take her to the game and proceed to be the loudest fan there!!

The Dodger Dback rivalry may be the “new kid on the block” but some are saying it is now one of the more notable ones in baseball!

Well, I got to get a close up look at that rivalry at Tuesday nights game and I’m so excited to tell ya’ll all about it!

Ok so I have to admit …. going to the Yankees game with my Dad as a little girl my focus really wasn’t on the details of the game.  My focus was in the sky ….hoping a ball magically fell into the glove…that I religiously took with me to every single game.

Did I ever catch a fly ball?

No.  The closest I’ve ever gotten to catching a fly ball was when I was sitting in front of a man who caught one using his beer … but the only thing I got was wet.

Needless to say, the first thing I took note of at the game was the little girls with their Dad in the outfield holding tightly onto their gloves.  Our photographer Brian Hudson saw the excitement on my face & took out his camera to capture the moment.

I can’t guarantee you that the little girls will ever catch a fly ball, but I can tell you they’ll remember this moment forever. I tried to find a picture of me as a kid at a game with my Dad to share with you, but my mom didn’t want to dig through boxes and boxes of photos. Millennial kids will never understand the struggle.

Ok getting back to the game … I mean when you’re this close how could you not pay attention?  On the mound for the dodgers was Clayton Kershaw.

Growing up I was a softball pitcher. My Dad had me throw 100 pitches every single day, 365 days a year and study the batting lineup at dinner every night before the next game.

Clayton ranks 65/2168 on the all-time strike out list. I can tell you first hand this man has a mental toughness that is hard to beat.

Now to the Dback lineup ….I asked my Dad for advice….
Me: Dad who should I interview from Dback lineup?
Dad: Goldschmidt
Me: Is there something I should focus on?
Dad: Ask him how he started off and if he would come over to the Yankees?

That’s my Dad for you. My life tends to be a romantic comedy … but it’s no romance, just me and my dad laughing at our own jokes.

Ok getting back to the game …. again how can you not pay attention when you’re literally in the action.

Kershaw went a solid six innings only allowing a pair of solo homeruns. One went to AJ Pollack and the other was a long 479 footer by Christian Walker.

Kershaw left the mound with a 3-2 lead and southpaw Adam Liberatore took the mound only to lose the lead when Daniel Descalso’s triple brought in two runs.

Dbacks ended up victorious putting them at 21 wins and only 8 losses clenching the number one spot in the NL West.

And as for us women, we were definitely some of loudest fans at the game.

What was that you are wondering?  Well, I’ll let Matt Kemp demonstrate ….

Thank you Matt Kemp! Until next game, Toniann 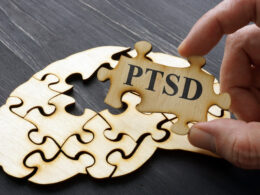 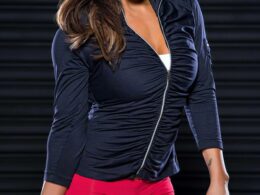 Workout Habits You Should Stop

A lot of people don’t see the results they want to see at the gym, because they have…
byFelicia Romero 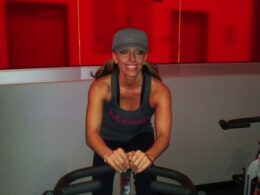 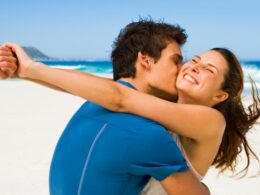 The Fit Person’s Guide to Sex