Who is Steve White?
I am a normal guy who grew up in Tempe. I became one of many who guessed right about the emergence of marijuana as a great opportunity and emerging industry. Today I am a Co-Founder and the CEO of Harvest Health and Recreation, a publicly-traded cannabis company.

Where were you born?
Desert Sam (now Banner Desert) in Mesa, Arizona

Where did you go to school?
How far back do we go? Roosevelt Elementary in Mesa?  Kyrene del Cielo the year it opened?  Pueblo Middle School the first year it opened in Chandler?  Then Corona del Sol for high school. I started college and ultimately graduated from Arizona State, before going away for law school at Washington and Lee School of Law in Virginia.

What are your long term goals?
In our industry long-term goals aren’t ever too far out. Big things change too quickly. But I am very excited about playing a small part in bringing a model recreational marijuana program to Arizona. 10 years ago people didn’t even believe that a medical program was even possible.

Any mentors role models?
Locally, John McCain and Larry Fitzgerald for very different reasons, but Arizona has a lot of great options.

What was your impression of marijuana and marijuana policy as you were growing up?
Nancy Reagan and the failed War on Drugs informed my early impressions of marijuana.

When did it start to change?
I’m afraid to admit it, but it was later than you would think. I hadn’t fully evolved until 2012 and even then I had some prejudices that I needed to critically examine.

When was your awakening that cannabis was something other than a gateway drug?
That argument is a really dumb one. I knew too many people who used cannabis and never tried harder drugs to ever really buy that one.

When did you first learn about the cannabis industry?
It was about the time that we started Harvest. I always knew there was a market for marijuana – where there’s demand, there will always be supply.  But I didn’t understand the structure and organization until we decided to make a run at it in Arizona.

What would you say to people that oppose it being legal or don’t know the benefits of how this is helping millions of people with health issues?
Everyone approaches marijuana with certain prejudices, but once someone you care about needs it, you lose the ability to be so entrenched in your outdated way of thinking about it. And it will happen to everyone in time. If you don’t know someone getting benefits from it, it means that they haven’t told you yet.  Do your own research on it.  When I did, I was shocked at how misinformed I was.

Are you one of the original license holders?
Yes, an AZ OG!

Tell us about the evolution of Harvest?  Look at retail locations and feel what inspired them?
We traveled around and looked at what others were doing. We realized that nobody was treating it like a normal retail experience, so we decided that was the direction we wanted to go. We were really the first to totally embrace that model.  Sounds silly, but politicians and regulators looked at marijuana like plutonium so we had our challenges. But we’ve all evolved over time and will continue to do so.

Did you always envision a publicly-traded company with many retail outlets?
Not even close. The original goal was one store in Arizona.

What will Harvest’s success mean for Arizona?
We are headquartered here, so it means good jobs and tax revenue. But more importantly, it is our job to bring exposure to all kinds of cannabis and ancillary businesses from Arizona. We have some really innovative folks here.

What does it mean when it becomes legal?
It means a better economy and more jobs in an industry that is the fastest growing in the country. As we know in Arizona, successful businesses mean more investment in our communities. That investment comes in so many forms. For many reasons, the timing is perfect for Arizona.

Business and charity go hand in hand and we have noticed that advocacy and helping others is a big theme in the cannabis industry, are you or harvest involved in philanthropic causes?
Yes, Harvest has been fortunate to be in a position to support some amazing causes including helping children access medicinal cannabis through Harvesting Hope and supporting social justice initiatives through the Last Prisoner Project.

What does the future hold for Steve White? Are you involved in other cannabis-related or non-cannabis related ventures?
I went all-in on Harvest a long time ago, so this is it for me. It’s been really hard and also so rewarding. For my future, I will just continue to pursue happiness. Trying to keep it simple.

Will you ever go back to practicing law?
Is there a percentage below zero? No chance.

Are you married kids?
No wives, no kids, but I do have a dog. That has to count for something.

Where are your escape and happy place?
I have a lot of happy places – out on the mountain and desert trails, in the gym, spending time with friends and family, or anywhere with my mouth wrapped around a good steak are some of the options. 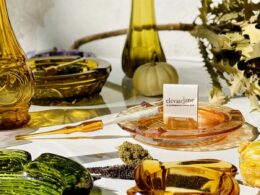 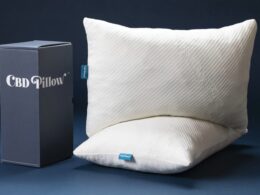 The CBD Memory Foam Pillow ~ For Your Best Night’s Sleep

The CBD Pillow, a gel memory foam pillow unlike any other, is infused with millions of microcapsules filled with the highest quality CBD.
byTyler Hollis 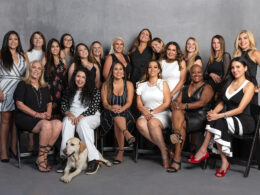 Parisa Rad and Adelia Carrillo, have established the new Blunt Brunch series for women in all stages of business in the Cannabis industry.
byTyler Hollis
29 shares
29
0
0 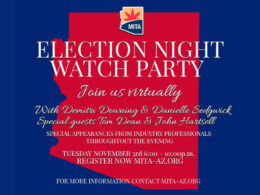 Join MITA Arizona for their virtual event where you can watch the results of Prop 207 as the votes come in live!
byTyler Hollis