Trevor Hall is officially an independent artist after over 15 years in the industry working with multiple major record labels. He’s performing in Tempe, October 29th at the Marquee Theater to a highly anticipating fan base dubbed “The Villagers”. It’s his fans who helped launch his recent independence through the most successful musical Kickstarter campaign in recent history.

Below are excerpts from our interview:

BW: What does it feel like to be an independent artist after so many years on major labels? What freedom has that given you that you didn’t otherwise have?

TH: It’s definitely a change for sure. It’s very exciting; nerve wracking, but a lot more freedom. It’s been an interesting road after being on major labels like Geffen and then an indie label like Vanguard. Now this experience of being totally free is awesome to get all sides of the coin.

BW: What’s the community support been like? Did you plan on your campaign being so successful?

TH: Absolutely not. We asked for $108 (laughs). I didn’t want to put up a massive number and have all this pressure around hitting the goal. I wanted it to have natural organic growth. I’d never done anything like that before, but I surrendered to the whole thing….but I never in a million years expected it to be so successful. I’m still in so much shock from everybody’s love and support. It’s been really beautiful to build with the community, brick by brick with everyone.

BW: How has this process been different for you? Does this feel like a more natural way of creating and releasing music?

TH: Being on a huge label, it’s more isolating because it takes over your world. When I’m recording an album or in the studio, I disappear. It takes so much energy and focus. Then when its complete you just give it to the world and it’s a lot of investment for one moment. Whereas this whole process, I’ve felt the energy of our family, our tribe, and our villagers. We’re releasing this in parts, 3 songs at a time. It’s this beautiful way of going slow together and making sure we digest every song before moving on to the next one. It’s much more my style and more rewarding to give each song its proper time and space to tell its story.

BW: Talk to me about the last few years of your life and how they inspired these first 3 songs.

TH: The last couple years have been tough to be honest. I was going through a lot with my health which was taking it out of me, and going through a period of intense doubt and really trying to go deep within myself and find out who I am. What is that thing? Who am I at my truest nature? All the things I had used to define me I felt like I had no connection to anymore. I was a little scared, vulnerable, just going through it. A friend of mine gifted me an astrology session, which when I first heard, I was very skeptical. But when I got on the phone with this astrologer, I realized I was going through a time called my Saturn return, which is a really intense time but you learn great lessons. The study of astrology helped me navigate this period of my life. That was the main inspiration of the whole project of The Fruitful Darkness. Sometimes it’s those really tough things that you need to rip you open.

BW: How does music guide your spiritual practice and what lessons do you feel the villagers have to gain by listening?

TH: Some people listen to my music and assume that’s where I am or that I’m some enlightened being but that’s not the case at all. I’m a listener of these songs too. These are being spoken to me and I’m singing them back to that space. It’s a dialogue. There’s such a healing in them and I listen and am able to move on because they are reminders of the space that’s behind it all; the steadiness that’s always there. I feel lucky to have that. I want them to be whatever people need them to be. Sometimes songs reveal their meaning long after they’re written and some not at all. I just try to get out of the way and let that message come through.

Trevor shared a personal story from one of his trips to India (he calls her the Golden Bird) about a coming across a beggar in the Himalayas and offering him the only food he had in his hand. The beggar didn’t react, just stared at him and didn’t accept the food offering. In those moments Trevor mentally began to cut him up and judge him for not wanting to accept his fruit.  Upon seeing his frustration, a monk from close by announced, “He’s blind”. In the weight of the emotion that overcame him, he placed the banana in the beggar’s hand and they both sobbed as he was instantly humbled. He felt like he was the blind man. It was a reminder not to judge anyone without knowing their circumstances.

As we closed the conversation, I asked Trevor what he’d be doing if music had not been in the cards for him. “Living the simple life I think, maybe farming, focusing on my spiritual practice and just trying to be a good person”. 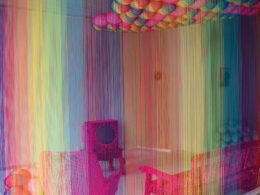 After the rain, comes the rainbow. And that's exactly what's coming to Wonderspaces in Scottsdale.
bySuzanne Koch 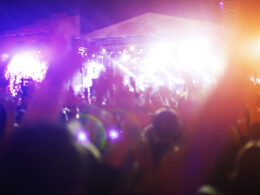 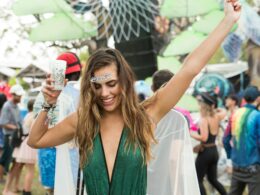 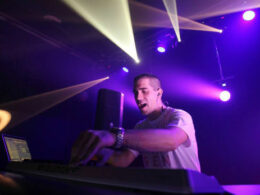