As the weather cools down, Tempe Marketplace is heating up with its free ROCK IT UP concert series. Hosted by KUPD and ALT AZ, ROCK IT UP features three full-length concerts by top rock acts and accompanied by local opening acts and a beer garden from Four Peaks and Bud Light.

Concerts start at 7 p.m. Schedule below.

Michigan native and multi-instrumentalist, BORNS crafts big-hearted, alternately dreamy and danceable, falsetto-driven, electro-pop confections that have been dusted with glam rock and folk. In 2014, BORNS released the single “Electric Love” on his second EP, Candy. Then, in 2015 it was re-released on his debut album, Dopamine. Hitting the top 20 on multiple Billboard charts and viewed over 19 million times on YouTube, “Electric Love” was an instant classic, and has since then been featured in commercials, TV shows and more. Since the release of Dopamine, BORNS has performed at numerous festivals, including Coachella, Lollapalooza, Hangout, Sasquatch and Bonnaroo. His highly anticipated new record will be released in early 2018, and his newest single “Faded Heart” has already racked up almost one million views on YouTube within two months. Don’t miss your chance to see BORNS at a free concert!

Dallas-based hard rock and heavy metal band, Drowning Pool brings a combination of muscular drums, angry riffs and dark themes. Their debut album, Sinner, was certified platinum within the first six months, with the singles “Bodies” and “Tear Away” hitting the Top 20 Rock Radio charts. Their success doesn’t end there – their last 5 albums have debuted in the Top 5 on Billboard’s Hard Rock chart alongside contemporaries like Disturbed, Godsmack and Slipknot. 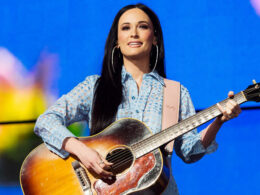 Concerts and shows for the week of August 26.
bySuzanne Koch
1 share
1
0
0 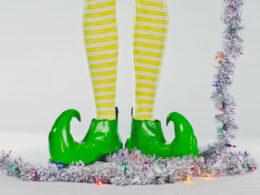 The jolly show is running through Dec. 30 and features the largest number of actors and scene changes in Phoenix Theatre’s nearly 100 years in the Valley.
bySuzanne Koch 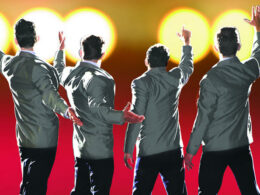 As one of the first regional theatres in the country to produce the iconic show, catch it live Jan 23 through March 10, 2019.
bySuzanne Koch