The Stafford Brothers are undoubtedly the hottest story in “Down Under” dance music invading the great continents of the globe as the Aussie onslaught of EDM madness continues from Sydney to San Francisco, London to Los Angeles. Twice voted the number one DJ’s in Australia in as many years (ITM Awards) brothers Matt & Chris Stafford are now based in the U.S, with residencies in New York, Las Vegas and Hollywood. They are the first DJ’s to have their own network TV show currently syndicated in over twenty countries, have recently remixed artists as diverse as Timbaland, Wolfgang Gartner, Snoop Dogg & Akon and are the only DJs to be asked to rework the official theme song of arguably one of the biggest sporting team on the planet, Real Madrid. World domination is imminent as the press announce yet another historic moment in cross-genre pop culture music; the Stafford Brothers sign to Cash Money Records joining the YMCMB family with the likes of Lil Wayne, Nicki Minaj & Drake.

The story begins on the dance-floor over a decade ago when these brothers in arms took to the decks for the first time at a humble lounge bar in the heart of the Gold Coast, Australia. Flash forward to the present and the Stafford Brothers are regular fixtures on the world stage, a must-have ticket experience for lovers of electro and progressive house music playing shows at iconic clubs, venues and festivals. As producers they exploded onto the local circuit overnight with their first release ‘More than a Feeling’, a dance cover version of the classic Boston title. ‘Wherever’ became an anthem in their homeland narrowly missing out on the #1 spot by one place (ARIA club charts) and has since become the theme song of their TV show.

A string of original club records followed on heavyweight dance labels such as Ministry Of Sound, Cr2, Toolroom, Defected, Armada and Stealth to name a few. To this day they have remixed some of the biggest names in the game and more recently have teamed up with US superstars working on forthcoming records to be delivered via the game-changing stable of Cash Money Records. Their debut CMR release titled “Hello” features none other than Lil Wayne and Christina Milian. Pre-worldwide release the single is already storming headlines and flooding search engines with positive praise. More unconventionally, in 2011, the Stafford Brothers where asked to rework the official theme song of Real Madrid. ‘Everybody’ (Hala Madrid) was released to over 26 Million Real Madrid Facebook fans and features the iconic ‘super-club’ players in the official film clip.

Whilst the Stafford Brothers are now based in LA, they continue to fly the flag for dance music in Australia. They are major shareholders in three of the hottest nightclubs showcasing national and international artists each week; co-own the premium artist touring & management outfit ‘360 Agency’ and have weekly slots on the highest syndicated chain of commercial radio networks. Their TV show has shared an exclusive insight into the world of the DJ stretching well beyond the dance community and in 2013 the Stafford Brothers are destined to cement their statue as household names. What happens on tour, no longer stays on tour as the Stafford Brothers take leaps and bounds into unexplored territories like no other.

Tickets are currently $10 GA and $30 VIP. Purchase your tickets HERE. 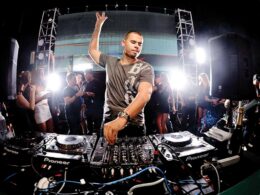 With great music and thousands of attendees, the enthusiastic four-day celebration at the Coors Light Birds Nest has…
byKarah Van Kammen
Read More 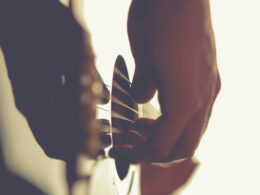 Songs From the Heart: An Acoustic Valentine’s-Themed Concert

In celebration of Valentine’s Day, The Listening Room is hosting a Valentine’s-themed concert of acoustic love songs. Songs…
bySuzanne Koch 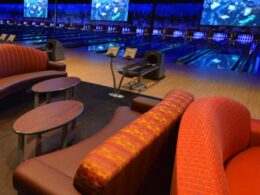 Spend your New Year’s Eve horsing around with fun, food, and drinks for the entire family at Uptown…
byChristina Tetreault