Founded in 2012 by restaurateur Robert Thompson, Punch Bowl Social’s genesis is rooted in placing food and beverage on equal footing with games and social activities, a disruption of the then prevalent model that featured games first, and food and drink as an afterthought. Today, Thompson’s commitment to the culinary and beverage programs is evident across the brand’s 15 locations. Thompson works in partnership with chief culinary and beverage officer Sheamus Feeley, who joined the leadership team in 2018 following a notable career at Hillstone Restaurant Group, to ensure the continued innovation and excellence of both programs.

Punch Bowl Social Phoenix will encompass nearly 22,000 square-feet at 903 N. Second St. and will be housed in a property owned by Phoenix-based developer True North Studio, LLC in the heart of the Roosevelt Row Arts District in the landmark monOrchid building. True North Studio will also collaborate on the project.

Further rounding out the experiential offerings is an expansive selection of social activities including ping-pong, darts, board games, classic video games, bowling, private karaoke rooms and more. Punch Bowl Social Phoenix will also feature the brand’s indoor Putt Club, a new social experience that is anything but a standard mini-golf experience. In Punch Bowl Social fashion, the course will start and end at an epic bar where guests will enjoy craft cocktails and scratch-made sharable food.

“We’re thrilled to play a part in the re-envisioning of downtown Phoenix as well as its future growth and sustainability. The Roosevelt Row neighborhood was at the top of our location wish list. It vibrates with nightlife, boutiques, street art and gallery spaces while delivering an unparalleled experience to its many visitors. This really resonated with us as we considered specific sites throughout the city.” 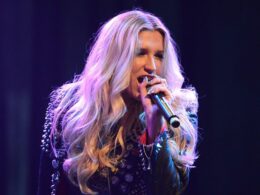 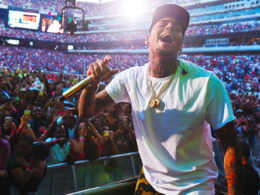 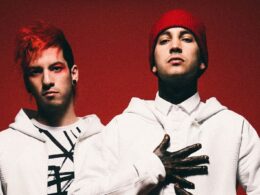 Concerts and shows for the week of November 5.
bySuzanne Koch 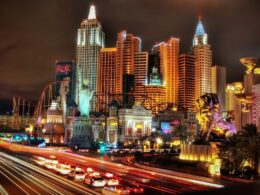 Is Vegas The Next Ibiza?

Electronic Dance Music (EDM) has taken hold in the American dance music scene, bumping it from the underground’s…
byDaniel