This 19-year-old talent has been touted by his peers (read Tiësto, Skrillex and Deadmau5) as one of the nu-breed saviours of electronic music, and having only experienced the limelight for a short amount of time, his achievements paint the picture of a bright future.

2011 saw Porter achieve what some do in an entire career. He provided tour support to Tiësto and Skrillex, as well as debut appearances at Electric Daisy Carnival, Ultra Music Festival and Electric Zoo that led to him entering DJ Mag’s Top 100 and the Billboard Top 21 Under 21 chart. His Spitfire EP, which crashed Beatport’s servers on release, smashed its way to the #1 position in the process and held fort for 2 weeks solid. Add in a couple official remixes for Lady Gaga and Avicii, and one would think things could not get bigger for the young musician.

However, 2012 saw Porter growing even further with appearances in top-billed slots on those same festivals plus Coachella, Tomorrowland, Creamfields and Lollapalooza. He began residencies at XS and Surrender in Las Vegas, made a European headline tour debut, spun a live Essential Mix on BBC Radio 1, and released the hit single “Language” to great acclaim and constant radio spins around the world – not to mention #1 spots on the Beatport Overall and iTunes Dance charts.

As Porter wraps up his summer North American headline tour, he looks forward to scheduling a new batch of releases – including a slew of exciting collaboration tracks – and the rest of what is sure to be a thrilling year. 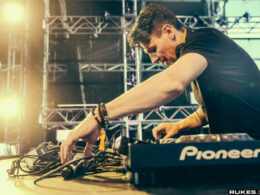 Arnel Pineda, lead singer of Journey, will star in a concert benefiting Project J.O.Y., a new Arizona-based non profit organization co-founded by Jenny Ho-Vijungco who we had the chance to interview.
bySuzanne Koch 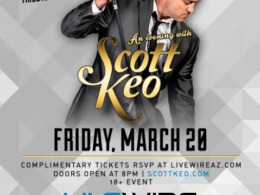