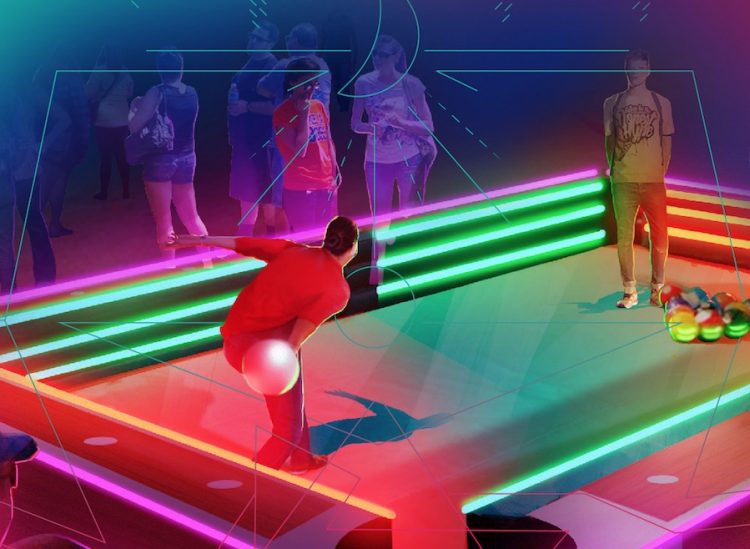 The three-day Phoenix music festival, Lost Lake Festival recently released its larger-than-life game experiences that will be at the October event. In partnership with Bonnaroo collaborator and Phoenix based Walter Productions, the weekend will feature more than ten custom designed backyard and billiard games lit up with colorful LED and glow-in-the-dark features. Walter Productions is known for their large scale and unique activations at events like Burning Man and Life is Beautiful, and art car projects such as Walter the Bus, Kalliope and Big Red.

“We’re excited to once again work with the creators of Lost Lake to bring our expertise of developing immersive entertainment experiences to the inaugural festival here in our own backyard,” said Jeremy Watson, VP, Creative Development at Walter Productions. “Lost Lake is the first-of-its-kind event in Phoenix, and The Lost Playground, complete with oversized and reimagined versions of nostalgic games, was created to take fans on an adventure of a lifetime.”

Giant Pool Table: Taking billiards to another level, the giant, 56-foot long pool table is played by rolling bowling balls into the pockets.

LED Table Tennis: The electric table has built in responsive LED lights that respond to the touch of a ball.

Mega Twister: A twist on Twister with lights, sound and a giant spinner, with plenty of room for friends.

Colossal Croquet: Making this classic lawn game so large a player can chase their ball through the hoop as they make their way through the course.

“Lost Lake is one of the largest and most unique festival experiences in the state, and we wanted all aspects of the event, including the games, to reflect this. The festival is going to have a real sense of fun and spectacle to it, something that people will have truly never experienced,” says Rick Farman, Co-founder, Superfly. “From big sporting event to hanging out with friends, Phoenix is a city that likes to have fun and The Lost Playground takes the fun and games to another level that only Walter Productions could create.”

Lost Lake Festival will be held October 20-22 at Steele Indian School Park in Phoenix and will feature more than 40 musical acts like The Killers, Chance the Rapper, Major Lazer, ODESZA, The Roots, Run The Jewels, Pixies and more.