Deep house fans, get ready to groove with rising star and Grammy nominee Duke Dumont this Saturday October 1o at Livewire. The British DJ/producer will hit the 14,000 square-foot, two-story, indoor live performance and concert venue with his chart-topping singles “Need U (100%),” “I Got U” and “Won’t Look Back”.

Dumont has recently reached No. 1 spots on the UK Singles Chart and the US Dance Club Singles Chart. His music video for “Need U (100%)” has also garnered well over 23 million plays on YouTube and was featured in a Starbucks ad campaign last year.  In February this year, “I Got U” was nominated for “Best Dance Recording” at the 57th Annual Grammy Awards. Dumont has secured a residency at Sankeys nightclub in Ibiza and releases music under his record label, Blasé Boys Club.

Doors for his Livewire debut will open at 7:00 p.m. on Saturday. This is an 18+ event. Tickets are currently available at sle.bz/. 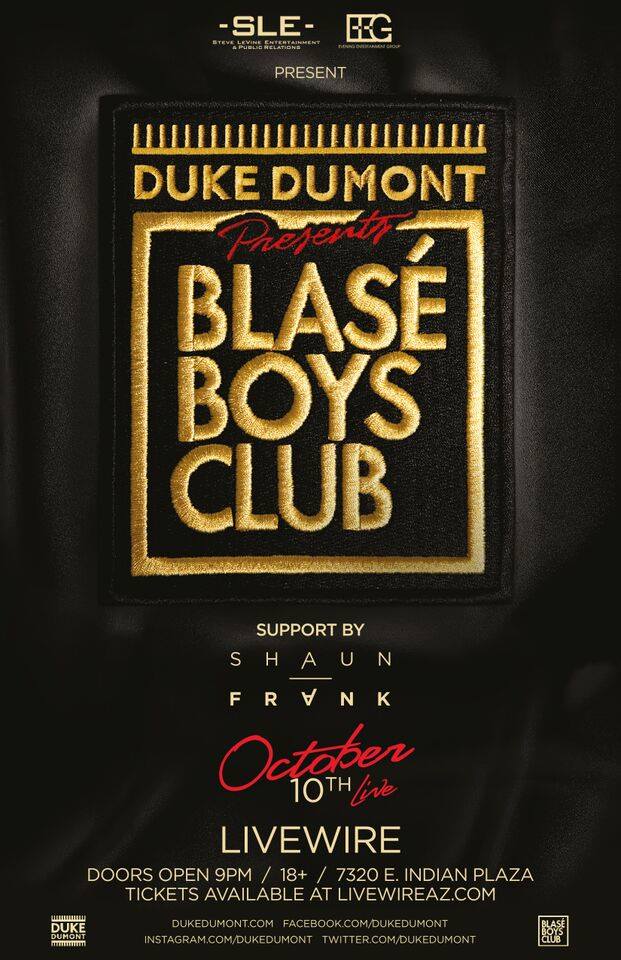