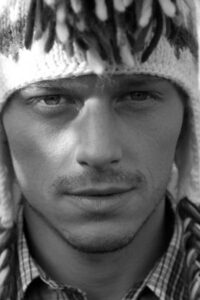 Fedde le Grand is, without doubt, one of the biggest DJs in the world. His skills both inside and out of the studio are the stuff legends are made of. Whether he’s demolishing legendary State-side festival Coachella on his debut appearance; racking up a straight hat-trick of Beatport #1’s in the overall charts with Autosave, Control Room and his massive remix of EBTG’s Missing, completing the year with So Much Love and the massive remix of Colplay’s Paradise; or touring most of the known world devastating clubland as he goes – le Grand is the name on everyone’s lips. But like any superstar success story, our hero had to start somewhere…

No biography of the Dutch artist could pass without mentioning 2006’s Put Your Hands Up For Detroit. It took one of Holland’s most successful national DJs and propelled him to truly giddy heights of international stardom. The track was number 1 in five countries – Spain, Russia, Finland, Bulgaria and the notoriously hard to crack UK chart – and scooped a raft of gongs including Best Underground House Track, Best Breaks/Electro Track, Best Breakthrough Solo Artist at the IMDA and, Club Banger of The Year at the 6th Annual Club Awards in Miami. His name was everywhere, from radio and print to TV and online media. The world woke up to the blistering and dynamic production work of Fedde le Grand, and he hadn’t even scratched the surface of what was to follow.

Releasing through Flamingo Recordings, Fedde cemented his reputation as a leading force in house with tracks like Let Me Think About It, The Creeps, 3 Minutes To Explain, Let Me Be Real, Back & Forth and Rockin’ High. The music flowed and he dominated the upper echelons of dance charts everywhere. Remix requests came pouring in from the biggest stars on the planet: Will.i.am, Robbie Williams and then Madonna came knocking on Fedde’s door asking for a le Grand-style reworking of her hit Give It 2 Me.

It wasn’t just the commercial house sound where Fedde excelled. As early as April 2006 he began experimenting with his darker, more minimal tech-house sound. Tracks like Take No Shhh, Aah Yeah, theBad Ass EP, Just Trippin’, F1, Amplifier, Pink Bird and The Joker won him an elite group of fans and confirmed his position as one of the most versatile producers of our time and a true master of both the underground and over ground sounds.

In 2009, the world waited as news that Fedde was taking time out to produce his first studio artist album began to filter through. Outputwas a breath-taking debut album where Fedde pulled in his loves of house, electro, hip-hop, funk and jazz and fashioned a piece of work that was both incredibly personal and dance floor dynamite. Collaborations with Will.i.am from the Black Eyed Peas, Rob Birch (Stereo MCs), MC Gee, Mr V, Mitch Crown, Camille Jones, Ida Corr and more provided Fedde with a rich and diverse pool of vocal talent to wrap his ideas around. Successfully released to over 60 countries around the world, it yet again proved Fedde could consistently push himself past his previous successes and was hungry for more.

Just as important, Fedde has proven that he belongs to the best DJ’s with his outstanding mixing skills to match his musical releases. His energetic performances are the stuff turntable legends are made of, his deft and devastating action behind the decks often flooring observers as he moves at lightening pace; twisting this sound, dropping that beat, chopping and changing between tracks until the dance floor is throbbing to his ministrations. Fedde le Grand is titanic in the DJ booth, as the biggest clubs and festivals the world over pay testament to time and time again. His Takeover concept, unveiled in 2010, saw Fedde take complete creative control over his performances, defining the music policy, guest DJs, even lighting and visual décor to fulfil the Dutchman’s vision of the perfect party. From world exclusive residencies at Ministry of Sound London and Pacha Ibiza, to roadblock events in all four corners of the world – LA, San Francisco, New York, Chicago, Boston, San Diego, Denver, Tampa, Miami, Texas, Las Vegas, Canada, Brazil, Argentina, Paraguay, South Africa, Switzerland, Ireland, France, Romania, Ukraine, Montenegro, Turkey, Tunisia, Spain, Italy, Germany, Croatia, Greece, Lebanon, the Netherlands, Belgium, Macedonia and more – the planet has fully capitulated to Fedde le Grand’s Takeover.

The constant traveling and hard work more than paid off in October 2011 when he soared seven places up the influential DJ Mag Top 100 DJs Chart from 21 to 14. With fans everywhere clamouring for more and more of le Grand, it would not be an unwise bet that the Flying Dutchman rises even further up the Chart come the 2011 results.

As a creative producer, an inspirational DJ, and an artist in the truest sense of the word, the passion, integrity and sheer weight of individuality and originality that Fedde brings to the table sees him take his place as one of the most influential electronic pioneers of modern times. Only one-question remains –if this is what Fedde le Grand has achieved so far, what more is there to come?