DJ and producer, Thomas Gold, spoke to AFM before his Memorial Day weekend kick-off show Friday, May 24, at Maya Day and Nightclub in Old Town, Scottsdale. Gold talks music, passion, touring and what he would do on a day off.

AFM: So you’re playing in Scottsdale at Maya Day Club for Memorial Day weekend. Have you been here before? What are you excited for? Will you be dropping any new tracks?

Thomas: I have been to Scottsdale before but never played at Maya Day & Nightclub. I just remember the crowd was great and it was big fun to play! They say Maya is a new club so I’m really looking forward to that! I’ll bring a bunch of new music with me, edits, mashups and maybe some new original stuff. . .

AFM: Is there anything you look forward to about visiting Arizona or the Southwest in general? Food, sites, people etc., ?

Thomas: I won’t have much time to stay so no sightseeing etc – but actually I do look forward to some nice food and a heavy party crowd!

AFM: So you’re based in Berlin, one of the biggest nightlife cities in the world! How does the city influence your music style?

Thomas: I’ve been making music before I moved to Berlin so it was not the initial musical influence. But I love to go out and hang out in clubs when I’m home. The music here is rather minimal/techy and underground. But there is always a lot of fresh inspiration when I listen to other DJs sets here!

AFM: When you make music, are you more of an artist inspired by feelings and experimentation or a sound engineer who applies logic and principle?

Thomas: When I write music, it’s all about feelings, experimentation and spontaneous ideas I have. But, in the process of crafting and tweaking a track it often comes down to technical things, but always in a musical way. For example when you work on the low end of a track there are some acoustic principles I’m working with to get kick drum and bass sounds working well together. Also when I use stuff like compressors and EQs it’s both – a musical and technical approach.

AFM: When did you start to see your interest in electronic music as something you could make a career out of?

Thomas: I could not point out a specific date or moment. I’ve always been passionate about the electronic music since I started listening to music at all. I always had this dream of making music myself. I started producing at around the same time I started DJing so both things came together quite naturally and evolved over time.

AFM: If DJing remained a hobby, where do you think you’d be at right now?

Thomas: No idea! I think it would be something with music at least!

AFM: Your remix of “Feel Again” by One Republic is really emotional, what made you want to remix that song?

Thomas: The original track is quite emotional and I fell in love with it the moment I heard it for the first time. The vocal is beautiful and the sounds and instruments gave me instant inspiration for the remix!

AFM: Are there any other DJs, producers or artists you want to work with in the future? Anything in the works right now?

Thomas: There are a lot of producers I would love to work together with – but most of the collaborations just happen accidentally. I’m in the middle of some projects right now and I’m quite excited about those!

AFM: Who are some current and older artists you’re into? EDM or not. If you want to party what are you turning on vs. when you want to relax.

Thomas: EDM-wise, I’m really into Axwell’s stuff, I love the way he plays his sets and how he produces. Also I’m a fan of guys like Alesso, Hardwell. Actually I’m listening to the new Daft Punk album and I’m really digging it!

AFM: You’re going to celebrate your 50th show on Sirius XM, congrats! Do you approach the show differently than a live show? Do you jam out with yourself in the radio room?

Thomas: Yes, we have a special show – 2 hours length instead of the normal 1 hour – and all tracks will be chosen by the fans! And yes – I often jam out when I’m putting together the show, that’s what it’s all about! ha ha!

AFM:Your wrapping up your North American spring tour in a few weeks. What’s in store for the rest of the year? What are your plans this summer?

Thomas: I will start my residency in Las Vegas at LIGHT on 29th May and have a day & night party on June 8th there! Of course I will do a lot of gigs in Europe at all those beautiful summer places like Mykonos, Marbella and I’ll be playing quite a few shows in Ibiza – couple of times at Amnesia together w Alesso, Otto Knows and Sander van Doorn. I’m really excited to be part of the new show from Axwell and Sebastian Ingrosso Departures @ Ushuaia! Also there will be a lot of festivals like Tomorrowland, Mysteryland, Veld in Toronto and EDC Vegas is very close!

AFM: Do you have future plans that don’t involve making music? Are you a DJ for life or do you see yourself wanting to settle down at some point?

At the moment it’s all about making music and DJing and I can’t really imagine life without it!

AFM: Are you a beer or spirits guy?

AFM: You have one day free to do whatever you want, what are you doing?

Hanging out with my friends, going to the movies or just doing nothing! 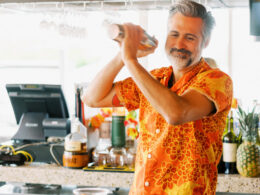 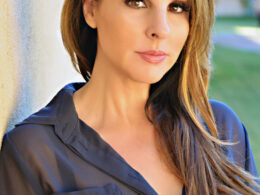 With a new single on the horizon, we had the chance to chat with local singer-songwriter Raquel Aurilia to catch up on her new music, her fave Valley spots for a night out and more.
bySuzanne Koch
1 share
1
0
0 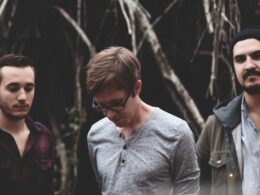 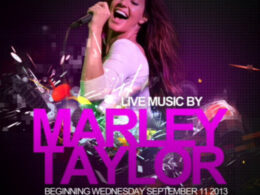 by: Amanda Savage Las Vegas performer and local legend Marley Taylor is back in the Valley with a…
byAmanda Savage