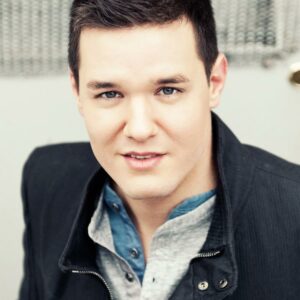 Not many artists have had the kind of career Blake Jarrell has already had and at such a young age there’s still plenty of time to make it a legacy. With an action-packed 2011 calendar including massive festivals and arena shows from ASOT 500 celebrations in Den Bosch & Johannesburg to Creamfields Spain & San Francisco Love Fest and rounded off with a collection of the most important clubs and parties in the world there’s very little left to be desired from Jarrell’s touring schedule. Nonetheless, Blake has continued to break new ground with residencies at such prestigious venues as Circus Montreal, Vision Chicago, Space Ibiza, LAVO NYC and the brand new superclub monolith in Las Vegas’ multi-billion dollar Cosmopolitan hotel, Marquee Nightclub & Dayclub.

Taking his Concentrate brand into a new era, Jarrell’s live-broadcast, 6+ hour, open-to-close performances at residencies and special events have breathed new life into a music industry propagating instant gratification and quick-fixes with his definitive sound of melodic progressive. As the Concentrate Podcast continues to exceed thousands of subscribers and hundreds of thousands of downloads Blake will soon launch his own Concentrate label to showcase his music that is currently supported by every top dance music artist from the Swedish House Mafia to Armin Van Buuren and as a testament to the strength of his unique and popular style.

Until then his releases continue to be enjoyed on some of the biggest labels in the industry such as his Beatport chart-topping “Maldives” on Garuda, “Boom From The Amplifers” on High Contrast and his remix of the hit single “Youtopia” by Armin Van Buuren featuring Adam Young of Owl City on Armada. His new anthemic big-room house track “Say What You Will” featuring Michael S of Bright Like Japan has already garnered exceptional response from peers and labels. Blake Jarrell’s ongoing dedication to his music and performances is evidence that anything is possible when you really Concentrate.