Okay fashion fans…. Let the countdown begin…. In case you have been living under a fashion rock tonight kicks off the third fabulous, to die for (or just I die) season of The Rachel Zoe Project. Contrary to one of the major blogs that yesterday reported it will be her second season on Bravo it is in fact the third luscious season of the highs and lows in the world of a celebrity stylist.

This season of course Ms Zoe will be taking her biz to the next level as she expands her empire. In just a few short years Rachel has gone from big bananas as a stylist for some of the hottest A-listers like Cameron Diaz, Demi Moore, Anne Hathaway and Jennifer Garner to even bigger bananas by creating a highly coveted clothing brand and jewelry line sold on QVC. Add to that Zoe’s charming and passionate- about- fashion personality and social media savvy and you have a household name and a devoted viewership.

Last season the big brew-ha revolved more- than- not about Taylor Jacobson, Zoe’s longtime right hand associate..will she stay or will she go was the big question…well it seems the answer was “go”. So this season we and RZ bid buy-bye to the ever quick witted and often dramatic TJ. I hear the fury and betrayal is splashed all over the first episode. Apparently Taylor left in a cloud of suspicious circumstances and even managed to “allegedly” snag a few of Zoe’s clients (Hello Kate Beckinsale – you look smashing) Of course the darling and always primped Brad Goerski is still on board and finds his mojo as the new Team Zoe’s Styling Director. In one episode he has the privilege to pull clothes for Demi and even gets to lovingly boss a few interns around – Snap!!

Mr Zoe- Roger Berman now head up the company as President and this season we hear there is a new team member filling the empty gap that Brad leaves after his promotion. Of course there will be loads of celebrities including the likes of Gwen Stefani, Molly Sims, Demi Moore in that spectacular shoot for Harper’s Bazaar and Olympian Johnny Weir just to name a few.

Of course we can still expect the red carpet moments and fashion week drama from New York to Milan that we have all come to crave and oogle at. I for one can’t wait to see what grand shopping trips and fabulous romps Miss Rachel has in store for us.

As I was fashion surfing on the web yesterday something happened to catch my eye. I admit being…
bydiane 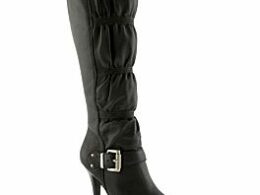 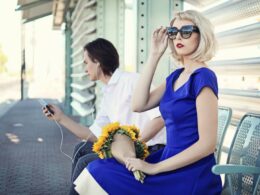 Phones, computers and tablets can almost count as daily necessities in our modern world. While cell phones are…
byChristina Silvestri

With the exception of the cool breezes blowing in today, the last week or so has been absolutely…
bydiane