The Art of Fashion Drama

When we think of fashion we often think of our closets, favorite boutiques, the mall (retail in general), and of course fashion shows, models and magazines. However, there is one kind of fashion that often gets forgotten, that is, costumes. Whether on stage, in a popular sitcom or in a movie, costumes help bring to life many of our favorite characters.

I’ve been known to visit many a costume exhibits, yes even the Star Trek one that came through a few years ago, because I find the craft so intriguing and impressive. Even some of my favorite films are based almost solely on the costuming. For instance, how can anyone watch The Elizabeth movies and not be absolutely blown away? Or more recently movies like The Hunger Games and Mirror Mirror.

Costume designers are some of the most talented of designers and have a big job to do—making the pages of scripts and books come to life. Fashionista.com caught up with one such talent, Jacqueline Durran who designed the costumes for Anna Karenina.

When making a period film, most costume designers work diligently to ensure every detail of the costumes are historically accurate. Not so for Jacqueline Durran, the costume designer behind the lush costumes for the film Anna Karenina, who was as much inspired by 1950s couture as she was by the Russian aristocracy of the period.

For Anna Karenina, Durran and director Joe Wright started by looking at pictures from the period and actual pieces in the archives at the V&A Museum in London. From there, however, they took a lot of liberties. “We decided we liked the silhouette of the period but not the detailing,” Wright told us at a screening last night. “So we looked particularly to Christian Dior of the 1950s, which has a similar silhouette but a much simpler, more striking detailing.” (Seems like they were on the same wavelength as Raf Simons.)

The results are stunning, and the actors in the film agree that the costumes are essential to a film like this. “You create a character and as soon as you get into those garments, it just helps you to become the character,” said Alicia Vikander, who plays Kitty in the film. Domhnall Gleeson, who plays Kitty’s husband Levin, gushed that the costumes made Alicia look luminous: “There’s this thing in the book where [when he sees her] he ‘saw the sun approaching,’ so it’s very easy to imagine that when you see this presence enter the room.” 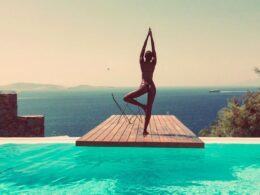 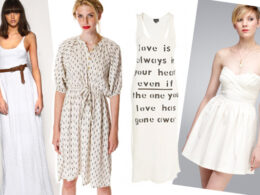 So let’s be honest, anyone who knows me knows I have one main color in my wardrobe…black. It’s…
bydiane

Hooray for Fall!!!!!! It’s finally time for cardigans, and tights and boots and gloves! I got superexcited for…
byMarlene 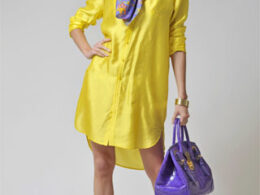