As I was fashion surfing on the web yesterday something happened to catch my eye. I admit being a blog writer I surf far more than I should. I wish I could say that I spent more of my hours reading the great tomes of our time and going to the gym, but frankly my healthy lifestyle goes out the window at this time of the year in favor of an abundance of work. I am not complaining mind you, there is always time to go to the gym when things quiet down this summer… and ditto for reading book poolside!

But I digress, back to my channel surfing discoveries… Fashionista brought to light yesterday just how many times Prada’s Spring collection has been featured on the covers of various magazines this season. A record fifteen times, and that isn’t including the editorial spreads.

Last year we saw that one darling Miu Miu dress and more than naught Dolce & Gabanna and others like Marchesa and Zac and Marc were often deliciously splattered everywhere, but this Prada thing is outstanding!

I have to say that the Caribbean stripes and banana prints bring to mind at least a dozen or more old Hollywood moments that still look fresh today. It’s no wonder that everyone from Marie Claire UK to Australian Harper’s to US Elle is enamored by these gorgeous looks.

Style.com had this to say about the collection on the runway.
Prada delivered electric hits of orange, green, blue, and radioactive violet in deliberately plain cotton suits, like the most (extra)ordinary uniforms. That theme continued in all the stripes. Prisoner, postman, sailor, orderly: The uniforms might have taken a cue from her last—equally special—men’s collection, but they were also an evolution of Fall’s spectacularly womanly shapes. This time around, however, the glamour was raw, amplified by the pop-colored stoles the models were toting, the graphic silent-movie makeup by Pat McGrath, and the severely sensual outfits in basic black that closed the show as the soundtrack crackled with the static of an old tango record. Miuccia’s message was crystal-clear. As she said backstage, banana earrings vibrating: “It’s time to be bold.” And that’s one maxim that, with any luck, will rub off on the world at large.

Looking over the fifteen covers, I can’t quite decide which one I like the most.. but my top contenders are Designare’, Numero or Giselle on the cover of Vogue China. Either way knowing that there are fifteen out there my radar is set on high looking for the sixteenth. Let me know if you spot it! 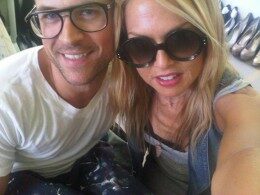 Alright ladies and gents let’s talk about it… Bey Bowl! At least that’s what the Twitterverse was calling…
bydiane 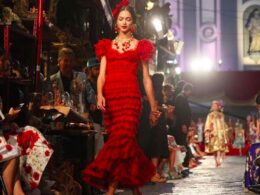 The fall 2016 couture shows brought an air of fantasy, glamour and hope as designers drew inspiration from…
byChristina Silvestri 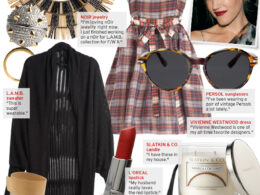 How to Get Gwen Stefani’s Style

Every day I am bombarded with scads of emails and newsletters, to the point that if the headline…
bydiane