Is it just me or does it seem as if things are moving so quickly in fashion these days? Back in the day when my head was still buried in teen magazines trends moved so much more slowly. There was no “information super highway” (is that still an expression?) and if you didn’t live in a major city you just weren’t going to get in on a new trend until it had been around for a few months. Your best bet to catching on would have been to watch TV…. no not cable, but regular channels…like ABC, NBC and CBS, public tv and that random local affiliate that played American Bandstand… ahhh the good old days!

Why just in the last few days the news of Anna della Russo pairing with H&M and then finding out that Fred Segal the brand synonymous with Melrose Ave coolness will soon be popping up in a variety of cities and will even have their own branded products… simultaneously exciting and cringe worthy. For me there is something to be said about keeping that bit of exclusivity to keep your cache’.

Perhaps that is why I am a sucker for tradition, a little bit of fashion pomp and circumstance always cheers a girl up doesn’t it? This past weekend there was plenty of tradition to go around at the Kentucky Derby along with a few places around the country like New York and even here in Phoenix

also celebrating the run for the roses.

The tradition of wearing hats to the races first began in England at the Ascots racing course. Being that racing in England was often a society event soon high fashion and racing went hand in hand. Eventually the tradition crossed the pond and hats first appeared at The Kentucky Derby 100 years ago. Wearing your best hats was also thought to bring good luck to your horse… a practice that Southerners still hold true to this day.

Once the everyday fashion trend of wearing hats faded into oblivion the turnout at the Derby suddenly morphed into an opportunity to show off the most outrageous or lavish headpieces that one could find. In fact most people feel that the hat is the centerpiece, and the outfit should be built around it…not the other way around. To this day celebrities and socialites flock to the Derby to enjoy a bit of excitement and a mint julep from underneath their fancy brims. 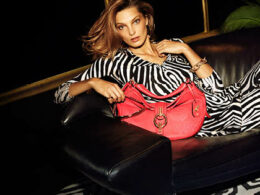 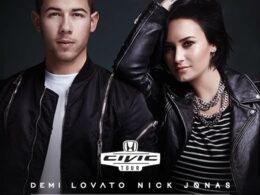 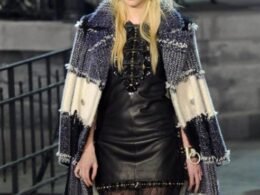 Every year, Chanel breaks away from the traditional fashion calendar to host its Métiers d’Art show to honor…
byChristina Silvestri 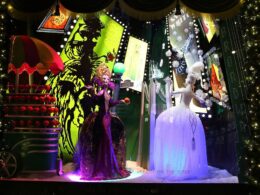