As I sit down mani to keyboard today the big whisper to a scream in the fashion business is all about Marc- Jacobs that is. Will he or won’t he, should he or shouldn’t he and what if he does? The topic of course-will Marc Jacobs fill the seat that John Galliano recently vacated after a decidedly dastardly anti -semitic slur. 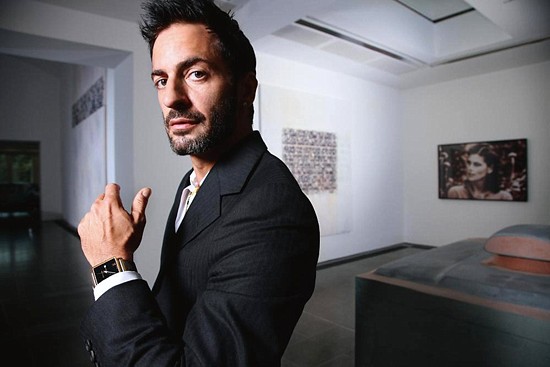 In fact Bridget Foley was so spot on in her Diary on Women’s Wear Daily listing all the reasons why MJ should sit at the helm of Dior…that I thought I would skip waxing poetically on the subject and simply let her words say it best . Enjoy!

“Those elements alone don’t make Marc right for Dior. A checklist of specifics does. Marc’s work encompasses a joy and a breadth of the sort essential to a behemoth such as Dior; on so vast a scale, edge must be wrapped in some degree of prettiness (or vice versa) to better promote total brand sales from scents to sunglasses.

Marc reveres fashion but is not a slave to that reverence. He loves to work a reference, make hay with it and make it distinctly his own. 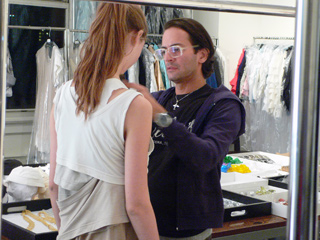 For all of his two-decades-plus reputation as an idol of, and purveyor of fashion for, the young, a side to Marc’s work swings very chic, adult and elegant, as a perusal of the fall merch now in-store proves.

Over the years, his runway designs for both his New York collection and Louis Vuitton have become increasing hand-worked; one can only imagine what wonders might be realized with the hallowed Dior couture atelier at his disposal.

As for his potential impact on the Dior accessories business, one word: Murakami. Whether collaborations such as those forged with Takashi Murakami, Stephen Sprouse and Richard Prince would work at Dior — why not?

A shift for Marc to Dior would leave a gaping hole at cash cow Vuitton. WWD’s Miles Socha has reported that negotiations are heating up this week and that should Jacobs move to Dior, Phoebe Philo is a likely candidate for Vuitton and, under that scenario, would retain her Celine duties as well. Philo, hotter than hot, is a designer with a remarkable connection to her customer. A major part of that connection has been her great way with accessories. While that workload and current minimalist mode (though let’s not forget she was more decorative during her Chloé days) suggest that her Vuitton would be less fanciful than Marc’s, major houses hire high-profile designers for their distinctive aesthetics. That’s the point. 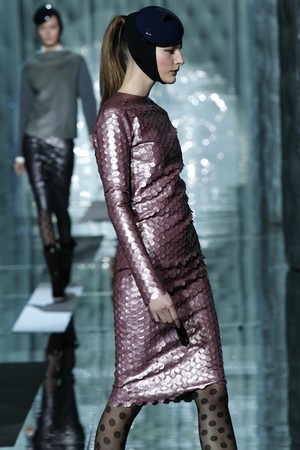 Which transitions to the current fashion conversation about which should have ultimate supremacy: designer or brand. If my name is Arnault, Pinault or Wertheimer, I’m probably going to go with the brand, all the more so because of recent, sudden devastating designer departures at two highly creative houses. But how does one secure that long-term brand supremacy? Would Chanel be Chanel if Mr. Wertheimer had made a different hire in 1983? Similarly, the ring of Dior has been majestic since 1946; could anyone argue other than that the appointments of Saint Laurent and Galliano fueled that longevity? Conversely, though on a different scale, look what happened at Bill Blass. And how have the revival attempts at Halston fared? At Dior, couture only ups the ante, both for marketing and sales purposes. A couture lady can take her five or six figures to team Dior or Karl’s Chanel. Hmmm.”