The sheer amount of fashion that has seen the catwalk since the beginning of New York Fashion Week, London and Milan in between, and soon to be Paris Fashion Week is mind boggling, but oh so fun! I especially love the live streaming and video…a big thanks to all the fashion news outlets for allowing all of us die-hard fashion lovers a glimpse. I mean it really is the next best thing to having the honor of actually attending these shows in person. I wouldn’t even mind taking standing room just to see it all happen first hand.

So, it goes without saying that I have been watching the videos of Milan Fashion Week for the past two days—non-stop. Seeing these exquisite garments in action literally makes me giddy. Milan has been one of my favorite Fashion weeks so far and I am excited to share with you some more amazing collections from some designers I know you all love.

Mr. Giorgio Armani, he deserves the utmost respect, gave us glamour, sophistication, sheer luxury, and feminine beauty at his signature show on Monday. There was a markedly ‘moonlit night on the beach’ theme happening with all shades of mother of pearl and shimmering fabrics.

Abstract prints were made into free flowing off-the-shoulder blouses and gorgeous belted jackets. Nothing was overdone or over the top here and that I think made it a breath of fresh air—you can picture yourself wearing these looks as you enjoy a romantic dinner at a seaside restaurant overlooking the midnight blue-sea. Of course I can’t move on with mentioning the three sea goddesses at the shows finale in glistening silver gowns.

Opulent, spectacular, new energy are just a few of the ways that the Roberto Cavalli Spring 2012 collection has been described. Extravagance, to say it another way, is exactly what the designers gave us. The show started with several gold pieces, the stand out piece being a heavily sequined jacket. “Every woman wants to be a golden girl,” Eva Cavalli tells style.com’s Tim Blanks of the abundant use of the stately color.

Though the gold was indeed exciting, the special pleating made of twill and mousseline, created for this collection, is what stole the show. At first glance the pretty pleats appeared to be ladylike and refined but as the pleats moved with the models down the runway you caught a glimpse of bold animal prints. The show rounded out with similar looks in black and ended appropriately with a sheer and gold sequined dress topped with a sequined-trimmed white jacket. 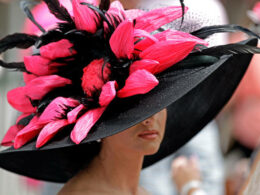 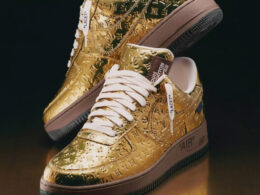 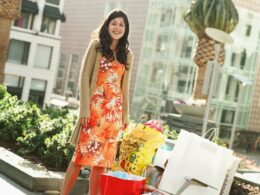 One thing I love about living in the Valley, even though the summer months can seem to drag…
byMarlene 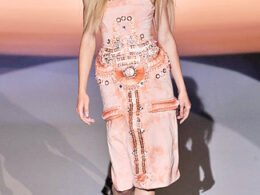 This week has been insane. But regardless, I’m kinda sad to see Fashion Week dwindle toward an end.…
byMarlene