Home Fashion News Can you go a year without shopping?
ShareTweet

After weeks of viewing and reviewing dozens and dozens of shows from New York to Paris Fashion Weeks I found the “buy me” brainwashing starting to set it. And maybe its because we can (probably, almost) officially call it “Fall” now in our fine state but, I have been feeling the need for at least a few new items. As a fashion editor I am somewhat of an anomaly because I don’t own a huge collection of clothes and I actually disdain having too much stuff. Yet somehow the stuff-itis monster always sets in and makes me feel like I need more, more, more.

This of course comes on the heels of my Six Items or Less experiment earlier this summer. In case you aren’t familiar Six or Less was started as a global experiment examining the power of what we don’t wear. Bloggers and regular folk around the world took part in the experiment…many for the purposes of donating their wares to formidable charities. For me it wasn’t too hard of an adventure, lest the few times that I had to be photographed or video taped which required certain garb, but otherwise… it helped to reinforce what I already know…. I like to wear certain pieces until they practically fall off my body from wear and tear. sixorless.com

With all the talk about Six of Less I decided to see what else was out there as I prep my donation bags this morning for my closet purging this weekend.

I came across the site called The Uniform Project. This idea blew my mind… in the words of Rachel Zoe…like literally! 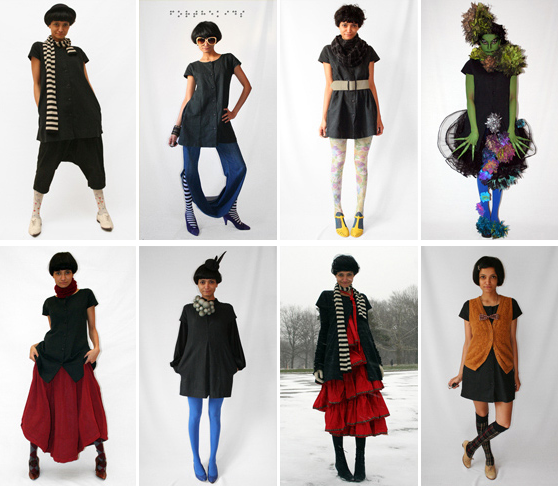 The Story: in May 2009, with fashion as her medium, and education her cause, U.P founder Sheena Matheiken launched the Uniform Project, pledging to wear one little black dress for 365 days as an exercise in sustainability and a fundraiser to support the Akanksha Foundation – a non-profit organization providing education to children living in Indian slums. And for the next year, Sheena reinvented her uniform solely using accessories that were either vintage, handmade, reused or donated.

Personally Sheena is much stronger woman than I, no way could I wear the same garment that long… I would have to wash the garment every single day thus canceling out any saving on clothing by wasting a ton of water… For more info theuniformproject.com 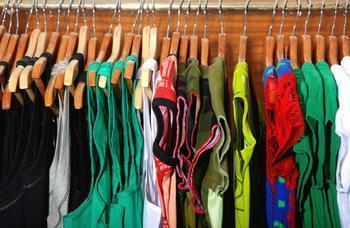 Another challenge that made a splash this year is The Great American Apparel Diet challenging followers to forgo shopping for one full year. The great thing about this site is the positive affirmations by fellow challengee’s and the great encouragement and resources the site provides. As with all diets there are plenty of reason that motivate, some to spend less others to lessen their carbon footprint… either way I can’t go this far, but I am inspired by those who do…. And relish the thought of lightening the load and making conscious shopping decisions. For more information thegreatamericanappareldiet.com