Whether you are a Lady Gaga fan or not it is more than likely that you at least know who she is. She has made a career out of being unique… okay outrageous. She is best known for her outlandish musical performances and crazy costumes (which she calls clothing). Well, whatever she is doing Barneys New York likes it, or at least has taken notice—that everyone else has taken notice of Gaga.

Yesterday the famous flagship in New York City opened what they have called Gaga’s Workshop. The retailer gave Gaga and her team full reign of 5,500 square feet of their store to do as they wished.

Before the opening of the workshop fans and New Yorkers alike got a taste of what was to come via a giant inflatable claw, taxi cabs wrapped in Gaga aesthetics, and even biker gang flash mobs… Even I have to admit that is cool.

The pop diva did not disappoint excited crowds on Monday having filled the fifth floor workshop with candy, toys, apparel, accessories, holiday collectibles and a media library all with that Gaga flare. “We tried to bridge the spirit of Madison Avenue with the spirit of downtown New York pop punk culture and create a space that had a range of prices — some very affordable gifts and some gifts that were more expensive,” the singer told WWD at the grand opening event.

Though the workshop is certainly a spectacle it still could not outshine the belle of the ball. Wearing a white, custom Chanel ball gown designed by Karl himself, layers of pearls, black gloves, and a flower with feathers sticking out of the top of it, Gaga was the workshop’s winter queen.

Of course Lady Gaga didn’t just do this for herself she did it all for her little monsters (aka die hard Gaga fans), “This would not be possible without them,” Gaga said when talk turned to the patient monsters outside. “Yes I have fun fashion ideas and have a knack for trinkets, but the truth is if the love of the fans didn’t mean something powerful from a cultural standpoint, coming to Barneys to buy Gaga presents wouldn’t mean anything.…They wanted to come here for an experience that they could enjoy together.”

If you can’t make it out to the New York flagship store, don’t worry Barneys covered all their bases and created a virtual Gaga Workshop at Barneys.com . 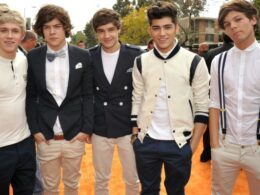 Though fashion is always moving and shaking, it seems that some weeks there is a bit more happening…
bydiane 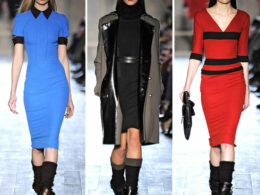 Happy Valentines Day! New York Fashion Week is nearly over and there is oh so much to talk…
bydiane 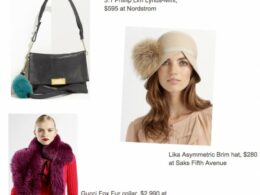 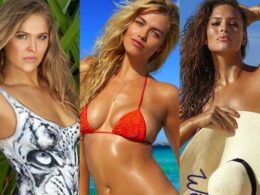 Sports Illustrated has revealed not one, but three covers for its infamous Swimsuit Issue. Say hello 👋🏼 to…
byChristina Silvestri