I can’t help it. Being of high school age when MTV first launched has an effect on one for sure. That was back in the day when music videos were new and exciting, and actually played 24 hours a day making it an actual music channel. That was back when there were still some trends that were new like punk, new wave, new romantics and so on. That was when bands like U2, Duran Duran and Madonna, Adam Ant and Culture Club changed preppy kids and nerds into hair dying, eye liner wearing cool kids…. Or so we thought.

To this day my ears and eyes still perk up when I hear or see anything new about Madonna, The Material Girl, Her Madg-esty or whatever you like to call her… recently WWD gave a sneak peek at Madonna’s latest costumes for her upcoming tour which will be kicking off in Tel Aviv this week. In fact Madonna donated 600 tickets to peace activists to attend her show. Madonna, dubbed this show a “peace concert,” and met with activists including veteran journalist Ron Pundak, and Yariv Openheimer, director of Peace Now, and pledged to talk about peace on stage during the show.

The parade of costumes in this tour include outfits from longtime friend and collaborator Jean Paul Gaultier and Jeremy Scott with shoes from Prada and Miu Miu along with pieces from Alexander Wang and Dolce & Gabbana who made suits for the band and background vocalists. Fausto Puglisi created bandolier vests and rams head masks for the backup dancers… a little creepy and dark if you ask me…but…
Arianne Phillips oversaw the entire menagerie of costumes from Madonna to singers, musicians and back up dancers.. all twenty two of them. There will of course be lingerie… some from Madonna’s Truth or Dare line and others from Agent Provocateur along with an homage to the original pink cone bra that Gaultier created for her Blond Ambition tour back in 1990.

“We played with the ideas of a suit and a corset. But the corset is now like a cage,” explained Gaultier. “What I have done this time is a nod to the conical bra corset of the Blond Ambition tour but reinterpreted in 3-D, in patent leather on the outside with metallic leather on the inside. It’s all about masculine and feminine, Madonna and Jean Paul Gaultier classics reinterpreted for 2012.”

“This show is epic and bigger than anything she’s done before. There are many more costume changes. We’re taking 700 shoes on the road. Madonna changes outfits seven or eight times and the dancers change 10 to 15 times, depending on the dancer,” said Phillips of the production, which includes multiple appearances on stage by two of Madonna’s children, Lourdes and Rocco, in supporting roles.

Phillips, designed many of looks herself, just as she has done on Madonna’s four previous tours creating a wide range for the ever reinventing icon. The lineup goes from a Joan of Arc-inspired outfit made from metal mesh and Swarovski Elements to a majorette frock for the 53-year-old “Girl Gone Wild” singer.
“It’s inspired by a 1940s majorette and I was looking for something playful and fun,” explained Phillips. 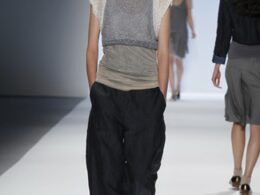 Under Armour is known for its inspirational and motivational ads featuring world-class athletes. The latest version of the…
byChristina Silvestri 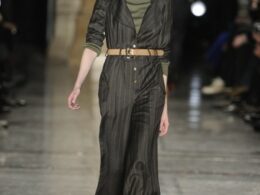 Though no one likes to be sick, I can say this terrible flu that has kept me bedridden…
bydiane

The Best Holiday Party Dresses & Accessories for Every Occasion

The holidays are in full swing and that means it’s party season. Chances are, you probably have a…
byChristina Silvestri