What is beautiful? It’s an age old question that when asked to ten different people will elicit ten different answers. The notion of beauty has changed through the decades and with each time frame in history there have always been those in the spotlight who have risen to the top of the beauty heap despite bucking the norm.

In the fifties the classic Bombshells like Marilyn and Jane Mansfield were beyond desirable, then came the sixties when Twiggy and Audrey Hepburn both played against the popular type creating a new acceptance of body type and looks. In the seventies Cheryl Tiegs and Farrah were the It girls and in the eighties the Brooke Shields brows and curvaceous supermodels a la Cindy Crawford had everyone’s attention. And the nineties ushered in the Kate Moss era where heroin chic took hold.

On Tuesday night, moderator Linda Wells, editor in chief of Allure magazine, sat amongst a panel to discuss beauty today. Wells quoted comedian Tina Fey to underscore the point: “Now every girl is expected to have Caucasian blue eyes, full Spanish lips, a classic button nose, hairless Asian skin with a California tan, a Jamaican dance hall ass…the hips of a nine-year-old boy, the arms of Michelle Obama, and doll tits. The person closest to achieving this is Kim Kardashian.…Everyone else is struggling.”

A recent Allure study found, is that women no longer only exalt those with blue eyes and flaxen hair as beautiful — at least in theory. To explore that view, Wells gathered experts in media, the beauty industry and plastic surgery.

Deborah Roberts, a correspondent for ABC News and “20/20,” said, “Sadly, at least in the media we’re still coming about this fairly slowly.” She divulged that stories involving a beautiful, blonde woman as the subject or victim get instant attention from TV producers. Roberts, an African-American who grew up in a small town in Georgia in the Sixties and Seventies, said, “There was an ideal of beauty and it wasn’t me.”

“People today are asking to be a refined version of themselves,” said Teitelbaum. But of course, “Occasionally they will bring in a photo of Angelina Jolie’s lips.” The point unleashed Roberts’ reporter instincts: “Bristol Palin. Did she or didn’t she?” Teitelbaum demurred that he does not comment on who has or has not gone under the knife.

Jane Hertzmark Hudis, global brand president for Estée Lauder, acknowledged the industry gets quite a bit of flack for pushing a certain ideal or look. But Hudis has a less menacing view: “It’s our responsibility to say, ‘Take care of yourself and feel good about it.’”

When asked by an audience member what role retouching of photographs plays, Wells quipped, “At Allure, we do a lot of retouching — as a matter of fact we do most of it on my editor’s photo.…Retouching was born when portrait photography was born.” 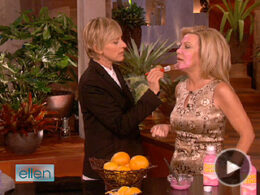 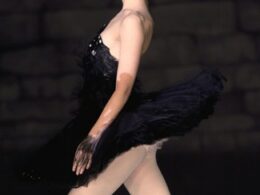 Last night I attended a fabulous holiday party for one of my favorite modeling agencies. It was a…
bydiane 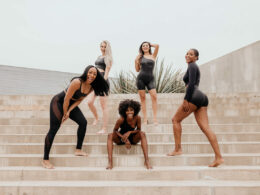 Solely Fit ~ For The Strong Woman

Birthed in Arizona, Solely Fit is an athleisure USA-made line designed exclusively for women with luxury and functionality in mind.
byTyler Hollis 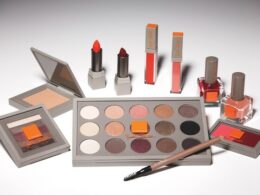 The supermodel and actress is MAC's latest Icon.
byChristina Silvestri