Sotheby’s to Auction Off Lauder Jewels for Breast Cancer

If Diamonds are a girl’s best friend then Sotheby’s will be every girl’s hangout come this December 5. That’s the day that the luxury auction house will be presenting jewels from Estee’ and Evelyn Lauder’s private collections. The jewels are being auctioned off to raise money for Breast Cancer Awareness.
As told by WWD – Sotheby’s will auction off more than 90 pieces of the women’s jewelry in two events, starting with 35 of some of the most glamorous pieces on Dec. 5 as part of the auction house’s Magnificent Jewels event. Another 60 lots will go up for auction on Feb. 4, in a nod to Valentine’s Day, as part of the “Important Jewels” sale. The proceeds — expected to total about $13 million — will go to the Breast Cancer Research Foundation, an organization founded and championed by Evelyn Lauder.

Lisa Hubbard, cochairman of Sotheby’s International Jewelry Collection, said in general, these jewelry collections “give you a window into the world of the women who wore them.” In the case of the Lauders, these were businesswomen “with incredible careers moving through a world of influence,” Hubbard said. As a result, some of the pieces could be worn in the day and others definitely needed the glamour of evening.

One diamond necklace, owned by Estée Lauder, required some detective work. In 1951, the Duchess of Windsor bought a 47.4-carat yellow diamond at Harry Winston. Hubbard said Sotheby’s archivists found a Cecil Beaton photograph showing the duchess at the Rothschild’s Proust ball in 1971, wearing the ring. Apparently, sometime in the Seventies, the duchess sold it to her friend Estée Lauder who had the yellow heart-shaped diamond hung on a necklace of diamonds, weighing a total of 95 carats. It is estimated to fetch $1.5 million to $2 million at the December auction. But because of its provenance, Hubbard says it has the potential to bring “considerably more.”

Another standout is a “potentially flawless” 22.16-carat diamond ring by Graff that Hubbard described as so pure that “it’s whiter than white.” Owned by Evelyn Lauder, it is expected to raise $3 million to $4 million. She also owned a 6.4-carat pink diamond ring, made by Oscar Heyman & Brothers, that is rated at $4 million to $5 million. Pink is one of the rarest of colors of diamond, Hubbard said, and this is classified as Fancy Intense. It also fits in with the pink theme of the breast cancer crusade, she noted, adding that “not all pink diamonds are equal.” Hence the high estimate.

“Each piece of jewelry is unique and very special,” said Leonard A. Lauder, chairman emeritus of the Estée Lauder Cos. Inc. and acting chairman of the BCRF. “They were each designed to be timeless pieces. I know that both my mother Estée and my dear wife Evelyn would be pleased that these items are being sold to raise funds for the Breast Cancer Research Fund”. 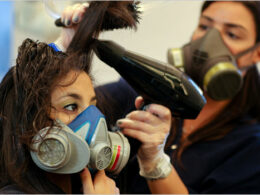 New Warnings on the Brazilian Blowout

The question of the day … are you dying for straight hair?  If you are one of the…
bydiane 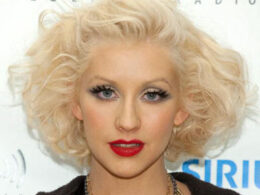 I hate to rain on someone’s beauty parade, really I do, but after seeing the latest in my…
bydiane 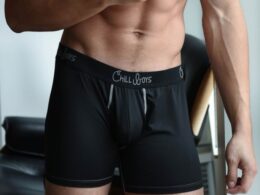 Meet Chill Boys, the Go-to Boxers, and Briefs for Any Occasion 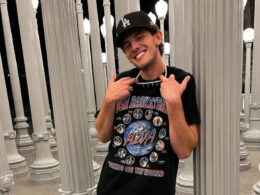