One of the most beautiful women on the planet Salma Hayek is venturing into the beauty business. Starting this August Hayek will launch her 100 item line called Nuance exclusively in CVS Pharmacy stores and online.
Hayek invited executives and beauty editors to a sneak peek at The Mondrian Hotel last Thursday. As reported to Women’s Wear Daily 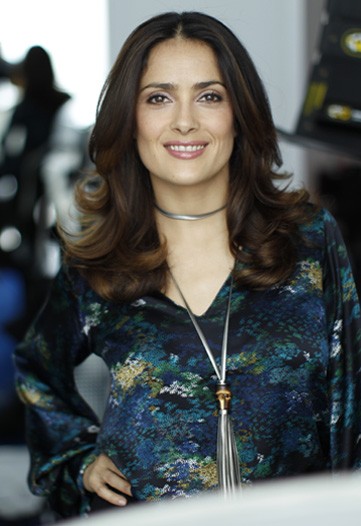 The project, which she said has been on her mind for almost 10 years, in the works for six years and under development for the past three, had the actress literally in tears and on the edge of her cushioned chair. To the crowd, the Mexican beauty convincingly discussed how she sought to create a line to honor her grandmother’s beauty secrets, a cosmetologist who studied at Vichy Labs in Paris, and who also combined Native American and Mayan remedies into her potions. Ingredients used by her family, some not even known to top chemists, are cornerstones of the collection and range from familiar rosewater to the more obscure tepezcohuite. 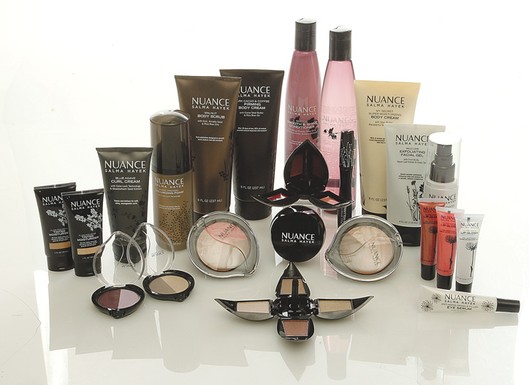 CVS executives couldn’t ask for a more honest and compelling spokeswoman and co-developer of the brand, which the company hopes will elevate the retailer above the rest of the mass market. “This is another first in our evolution of the beauty business,” proclaimed Lori Bloom. “We’ve been committed to leadership in beauty.” According to industry experts, Nuance is the first drugstore, full-line assortment supported by a celebrity.

“It is possible to create extraordinary product for a low price. Everyone should have the right product at the right price. A lot of products don’t even cost a lot to make. I wanted to make simply the best product and give everyone access to the good stuff.” Hayek said

Hayek, who said she has never had as much as an injection to preserve her 45-year-old, photogenic face, has relied simply on product her whole life, making her the ideal beauty junkie 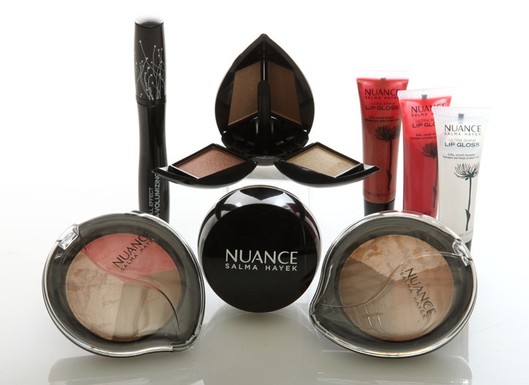 Price points range from $7.99 to $19.99 for an antiaging supercream. It is estimated Nuance Salma Hayek will generate $35 million in first-year sales.

Ingredients that Hayek is most proud she brought to the table include prickly pear, which is in the body cleansing gel for moisture; mamey, which is in the volumizing hair sku to strengthen and thicken locks; and tepezcohuite, which is in the AM/PM Anti-Aging Super Cream, and is typically used on burn victims and has been 100 percent proven to generate red blood cells, she said.

She is convinced, after all of her due diligence, that she has developed several items that rival the most expensive, technologically advanced products on the market, such as a base, which is included in the second launch of Nuance, one that has yet to have a rollout date.

“We cracked it. It is the best base that I have ever tried,” she said. “It covers everything yet you can still see through it. It is amazing.”

As far as other beauty endeavors are concerned, she has not ruled out a fragrance deal, something she said that would be completely separate from Nuance and would likely be in the luxury market.