Legal Trouble for the Brazilian Blowout

Ladies hold on to your perfectly sleek locks, makers of the Bazillian Blowout may be in for some trouble.

There has been plenty of controversy over the last year regarding this very popular straightening method. Does it contain formaldehyde or doesn’t it? The company says no, but independent testing says yes!

The superior court of the state of California has filed a proposed preliminary injunction against GIB LLC, the makers of Brazilian Blowout, citing that according to the state’s testing, the formula used for the hair straightening treatment does in fact contain harmful formaldehyde and the company should let its salon partners know.

Rumors of this omission has had patrons and industry providers on the edge of their seats for months as the popularity of this treatments has gone through the roof over the last year or so. In some cases salon personnel were administering the treatments wearing gas masks or other protective gear to keep from inhaling the strong odors. And in other cases stylists who were providing the service were actually experiencing significant illness.

Judge Steven A. Brick will preside over the hearing slated for May 2 currently scheduled for 3 p.m., to decide whether the preliminary injunction proposed by the state will be signed, rejected or modified.

The preliminary injunction states that Brazilian Blowout’s Smoothing Solution contains approximately 8 percent formaldehyde by weight, which is in the same range typical of embalming fluid used by mortuaries and funeral homes.

The state’s testing by independent laboratories was necessary, the preliminary injunction stated, “because of [Brazilian Blowout’s] fervent [and ongoing] denials that its products contain high levels of formaldehyde.”

The state tested two samples, one procured from a certified hairstylist using the Barzillian Blowout method and another from the offices of California OSHA, which had previously seized the product directly from GIB’s repackaging facility in Southern California. Both samples underwent testing at two independent labs, said the preliminary injunction, one of the labs in particular specializes in formaldehyde chemistry. The testing confirmed that between 7.87 percent and 8.4 percent formaldehyde by weight was found in the Smoothing Solution, which exceeds acceptable limits by more than eight times for salon workers.

The complaint that was filed actually sites at least five violations of separate state laws resulting from the findings of formaldehyde. Most violations relate to harmful exposure and potential risks of cancer Most importantly the injunction asks that GIB the manufacturer post a link in a conspicuous place on their web site warning customers who purchase the products of the dangers from exposure along with listing ingredients information.

Both parties Brazilian Blowout and the state are both allowed to file a short brief, all before May 2.

But in the meantime, the Occupational Safety and Health Administration (OSHA), under the U.S. Department of Labor, issued a hazard alert Monday, warning stylists and consumers that the popular hair straightening treatment, among others, could pose serious health risks. 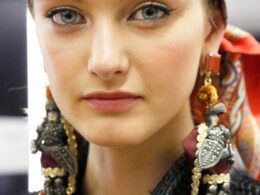 Being an Italian girl Dolce & Gabbana designs are always near and dear to my heart. And even…
bydiane 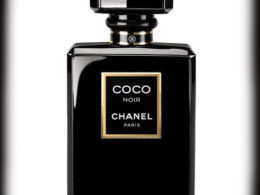 Who doesn’t love a good perfume? An actual good perfume, not just something a celebrity gets paid to…
bydiane 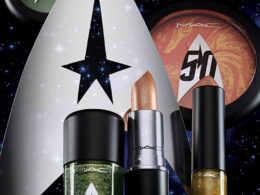 Beauty and the galaxy have collided with M.A.C.’s new Star Trek collection. The out of this world line…
byChristina Silvestri 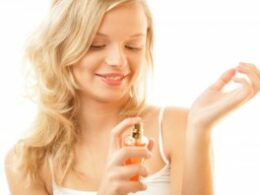 How To-Find Your Perfect Scent

Have you ever smelled a fragrance on a friend and thought you must buy this yummy scent, then…
bydiane