Yes we have already talked about the Oscars, favorite Oscar dresses and favorite Oscar hair… But when I saw this wonderful up close and behind the scenes scoop by Kate Young,a well known superstar stylist and beauty fanatic who helped her friends Natalie Portman and Michelle Williams ready for the Oscars on Into the Gloss I just had to share. Here is an edited version with Kate’s lovely images.

“Natalie’s dress is amazing. It’s an actual 1954 spring couture dress, from Rare Vintage on 57th street in New York. We borrowed it—it’s $50,000!—she was actually going to wear another dress but then I got a call from the woman at Rare Vintage and she was like, ‘You should see this dress for Natalie.’ So we went and she put it on, and it needed zero alterations, and Natalie was like, ‘This was meant to be, wasn’t it?’ And I said, ‘I guess it was.’

For Michelle, I really felt like she hadn’t worn any Louis Vuitton, and I love Louis Vuitton—it has such a good spirit. Michelle was in Paris for the premiere of My Week With Marilyn two weeks ago, and I wanted to work with a French designer so that way we could do a fitting while she was in Paris and it would give us enough time to make the dress and make it perfect. It was orange—I guess people are saying it’s coral; it’s orange. [Laughs] Vuitton made it for her—that’s the thing about the Oscars, is that you can do everything custom. We get sketches from all different designers but I just felt like this one was so modern—I liked that it had tons of details but it wasn’t sparkly or shiny, it was matte. It had so much going on, but it felt young and fresh…light. It’s important to Michelle that there’s a little bit of poetry and some feminine, small details, and it had that while still being super structured and flattering and all those things.

For Michelle, the inspiration was always that we’d do a contrast color lip—we were always saying red, red, red, red…and then I saw the Jil Sander show—Raf Simons last Jil Sander show—and it was that completely clean face that had this golden matte look to it, with a vibrant lip, and I sent it to Michelle at like six in the morning Sunday and said, ‘Makeup inspiration?’ and she said yes. So we gave that to Angela for the inspiration. It was very little eye, just lashes, with a really golden matte glow, and a vibrant lip. But the lip changed—a red lip would have been boring actually; I’m glad we didn’t do a red lip.

And with Natalie, we really had the feeling that we didn’t want her to look so gamine, we wanted her to look more movie star—her look should have more gravitas. Rather than being young and fresh and playing coy, she wanted to be more Old Hollywood. We were talking a lot about Elizabeth Taylor—the hair was not really that but the look was: a colorful couture ball gown with a major piece of jewelry and matching earrings.

On Natalie’s hair
Didier Malige: I don’t think it’s that difficult to make Natalie look good [laughs], she’s a very pretty girl. I had worked with her before when she was like twelve years old; I cut her hair for the movie The Professional [Ed note: how amazing is this?!] And then last year, she called me to do her hair for the Oscars when she won Best Actress and I was very very happy. Natalie and Kate decided what the look would be, pretty much. Kate showed me a picture of Lauren Bacall in the 50’s—Lauren had much shorter hair and it was more elaborate, but that was an inspiration. When you create a thing that has to last for three, four hours, it’s hard to be light—that’s why you see so many people who have quite ‘glued’ hairdo’s. But we really just used a couple of things: I blow-dried her hair with Fekkai Bouffant, and we finished it with lots of Elnett hairspray. That’s the best hairspray to have ever been made. [Laughs] I have never found something that is so easy to use, as a hairspray. To get the shape I used a curling iron from Japan, that’s really amazing—very precise. I bought it in New York at a place called Shear World.

And, a word on Williams’ softly gilded makeup…

Angela Levin: I’ve known Michelle for a quite a while, and this season I did her makeup for all the awards—the Golden Globes, the Spirit Awards—and she is the most adorable, delicious human being. I always start with what she’s wearing and where she’s going. But you always kind of save the best for last—knowing there’s going to be the Oscars. I kind of felt she’d get an Oscar nomination right from the get-go. With Michelle she has this beautiful pixie cut so we know what the hair’s going to be. And of course the hair color is also a consideration, and you kind of take it from there. The thing about Michelle’s personality is that she’s a very warm, gentle human being, so I never want to apply makeup that would be heavy or hard. There’s always a light, effortless feeling every time. So we play with different eye shadows but never really go into heavy liners or anything. I think of course, with somebody who has such light skin—which of course is the background to everything you do—you do want to emphasize the eyes, but I sort of use a rounder motion with my application rather than a straight line. Nothing is overwhelming—everything has a bit of a diffused, well-blended look. Her foundation is Vitalumière compact by Chanel, and for her eyes I used the Chanel eye shadow quad called Mystic Eyes. I used all the colors, and applied it all fading into each other. And then for a pop of extra glamour on the eyelids, I used a touch of single shadow called TigerLily—it’s sort of an orange-y golden sparkly color. That was the pop for the eye. The lip color is two lips blended together—they’re both Rouge Coco, one is called Paradis and one is called Destinée. I scraped those out and gave her a little jar of it to take in her bag, plus a dry mascara wand for the eyebrows and a cotton swab to correct any eye makeup.

Portman was made up by Eileen Kastner-Delago using Dior: Diorskin Forever Liquid Foundation and Sculpting Powder in Sable Rose #032 were used to perfect the skin, with 5-Couleurs shadow palette in 970, Liner Waterproof in Black, and a sweep of black Diorshow mascara emphasizing the eyes. Kastner-Delago painted on Rouge Dior lipstick in Rouge Favori #752, dabbing Crème de Rose balm on top for a bit of moisture.

Chris McMillan blew dry Williams’ hair using Sebastian Professional Mousse Forte, and finished it by sweeping on some Couture Colour Pequi Oil Treatment. Williams’ nails got the HIPPxRGB treatment…more on that in a moment………

Source: Into The Gloss Photos by Kate Young 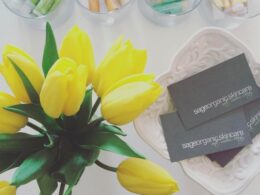 Skincare is truly the bread and butter of beauty. Without good skin, our general health and well-being (and…
byChristina Silvestri 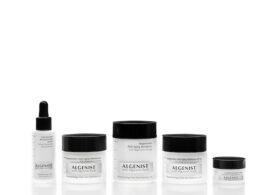 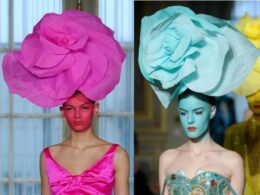 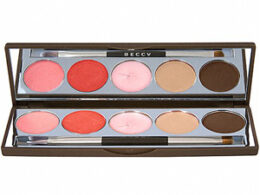