On Sunday night the Red Carpet lit up with a parade of Hollywood elite at the 69th Annual
Golden Globes. You may have seen our picks for best and worst dressed earlier
this week but we didn’t really have a chance to elaborate on the best beauty
looks of the night.

The Globes always set a lovely tone for upcoming Spring trends… Despite what
may have happened months ago on the New York, London or Paris runways,
ultimately we just love following the looks and styles of our favorite celebs.
I can’t even say how many lovelies will sport a crystal headband thanks to
Charlize’s look or how many more red lipsticks will be sold by those trying to
emulate Angelia’s perfect crimson pout…. But we know there will be loads.

Here are some of the looks we adored.

Charlize Theron’s 20’s style Side swept bun with the Cartier headband was
perfection. I always love Charlize wearing a soft romantic style and this paired
perfectly with her amazing pastel Dior confection. And Miss Theron knows a thing
or two about balance, her makeup was kept sheer and soft in shades of champagne
and pink…. Anything else would have just been overkill…. She was flawless!

And speaking of flawless…. How does Angelina do it? The red bag, the red lip,
the red accent on the gown…. Others have tried and failed before (Natalie
Portman last year) but she makes it look like a no brainer. One of the reasons
the bold lip worked so perfectly is because the rest of the face was kept
exceptionally soft aside from her trademark stroke of jet black liner…. Her
brows weren’t heavy nor was her blush…. And that skin, it’s what mere mortals
dream of. Angelina’s hair was likewise pulled back neatly, but kept soft not
overly slicked.

Nicole Richie went with a 60’s inspired look, and on the red carpet, thanked
Suave Professionals for her do’. I loved the blunt bangs a la’ Jane Birkin and
the masterful updo topped off with a high ponytail be it real or fake… Kudos
to her hair guru. And the makeup furthered the look with deep eyes and a pale
pink mouth again kept soft not overly exaggerated.

I also loved Reese Witherspoon’s cascading waves. It was such a departure from
her usual “done” look and somewhat reminiscent of an 80’s Elle Magazine
Supermodel. She too wore fresh, soft and pretty makeup despite the fire engine
red Zac Posen. Had she gone red… it would have been more Joker like than A-lister
Notice a theme….soft, soft, soft all the way around the red
carpet.

And though I had many favorites (Kate Beckinsale- golden goddess) I can’t leave
out Helen Mirren. This women is ridiculously hot… She just somehow oozes
confidence and sex appeal without trying to hard. And she proves that just
because you are over forty, or fifty, or sixty that doesn’t mean that you need
to pile on the bright makeup… Here’s the key word again…Soft. Ms Mirren
accentuated all the right things, her eyes, glowing skin and rosy lips. And her
hair was pulled back into a sleek and simple look that only enhanced her poise.

I would love to hear about your favorites! 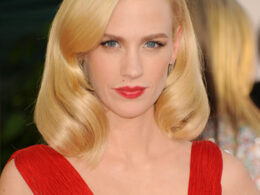 After every award show the buzz on celebrity gowns, hair and makeup reverberates for days. And how can…
bydiane 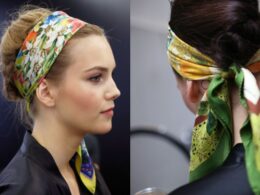 4 Hot Hairstyles To Keep You Cool This Season 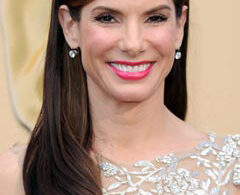 Get the Look – Oscar’s Best Do’s

Yes it’s already been five days and I am still talking about the Oscars. This year it seems…
bydiane 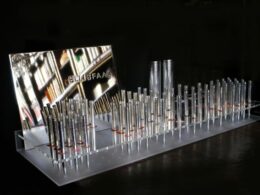