Next time you pack your bags and book a night away, make sure it’s at a hotel that has one of the best restaurants in the world.

On Tuesday, the Daily Meal announced its comprehensive list of the 101 Best Hotel Restaurants Around the World.

In the U.S. alone, 20 hotel restaurants made the list, with the Cosmopolitan Las Vegas’s é by José Andrés snagging the top spot. Two other Vegas hotel restaurants – Restaurant Guy Savoy at Caesars Palace (#3) and Joël Robuchon Restaurant at MGM Grand (#8) – also made it within the Top 10. 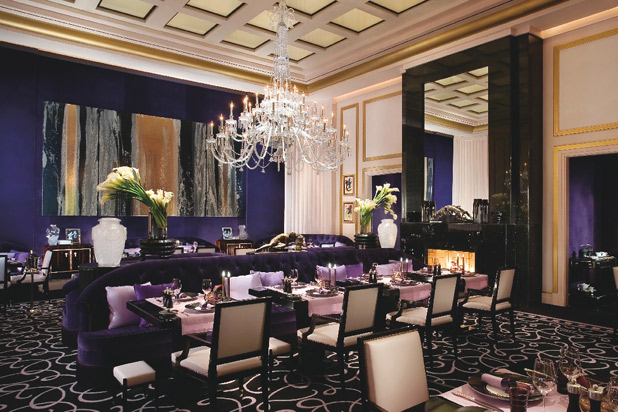 The Joël Robuchon Restaurant at MGM Grand made #8 on the list.

In order to make the cut, hotels had to have at least 15 rooms and the restaurants had to be within the hotel. Editors over at the Daily Meal determined their results by reviewing the Michelin Guide and consulting respected bloggers and restaurant critics to vote for their favorite restaurants in an anonymous online survey.

Here are the top 10 hotel restaurants from the 101 Best Hotel Restaurants Around the World:

1. é by José Andrés at The Cosmopolitan of Las Vegas