It’s hard to visit Barcelona without somehow being touched and oddly intrigued by the legendary Catalan architecture of Antoni Guadi (1852–1926). His work is splashed throughout the city and make for must-see day attractions and photo ops for visitors, or even for local artistic inspiration. It seems you can’t possibly describe Barcelona without mentioning Gaudi and his work. His distinct mosaic and somewhat peculiar style makes his genius works of architectural art easily spotted and adored.

La Sagrada Familia
Gaudi, being a devoted Catholic, spent most of his later years working on his and Spain’s most esteemed possession, La Sagrada Familia, a magnificent Roman Catholic church in central Barcelona. Gaudi designed La Sagrada Familia to have 18 towers, 12 for the 12 apostles, four for the four evangelists, one for Mary and one for Jesus.

Photos of La Sagrada Familia hardly do the remarkable church justice. To see the massive skyscraping church from a first person standpoint is truly astonishing and worthwhile. From every angle there is an eyeful of Gaudi’s intricate sculpting. However, the celebrated church that soars high above the rest of the city, is not yet completed and won’t be completed until 2026, the anniversary of Gaudi’s death.

Guadi devoted his last 15 years of his life to La Sagrada Famila to which, in his last few years, he lived in its crypt. Oddly enough, when Gaudi finally emerged from the church, he was immediately hit by a tram. And because of his unkempt appearance and empty pockets, not one taxi driver recognized him. He was finally taken to the hospital and it wasn’t until the next day that his friends discovered him and urged him to be moved to a better hospital. Gaudi refused and reportedly said “I belong here among the poor.” He died on June 10, 1926, three days after the accident and was buried in the midst of La Sagrada Família.

Parc Güell
If not to see Gaudi’s most colorful garden complex up in the hills of Barcelona, then I recommend spending a couple hours at Parc Güell to simply take in one of the most incredible and panoramic views of the city. Parc Güell sits on the hill of El Carmel in the Gracia district and is named after Count Eusebi Güell. What makes Parc Güell so fascinating is mainly its elaborate tile-work, but also the gingerbread-house looking buildings on both sides of the entrance, the dramatic pillars, and even the Spanish music played by a local guitarist add to the local spectacle that is Parc Güell.

Casa Milà
It’s no doubt you’ll unconsciously pass by the Casa Milà (A.K.A. La Pedrera) as it is located on the busy and popular Passeig de Gracia in the Eixample district of Barcelona. The outside, unique in its original design, is nothing compared to the top where mask-like sculptures are just as beautiful and dramatic as they are strange.

Casa Batlló
Also on the strip of Passeig de Gracia, you can find and take in the unique design of Casa Batlló – a building restored by Antoni Gaudí and Josep Maria Jujol, initially built in 1877 and remodeled from 1905 through 1907. The local Catalan name for the Casa Batlló is “Casa dels ossos” which translates to “House of Bones.” The overall feel and design suits the name as many pieces resemble the morbid skeleton. 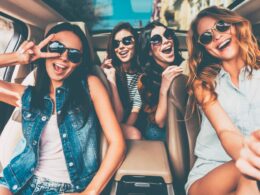 by Michelle Donati-Grayman Ladies, do you know what to do in the event of a vehicle malfunction? Any…
byKarah Van Kammen 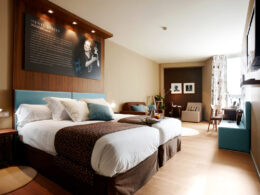 Luxury for Less: Destination Escapes Under $100

Everyone needs a little bit of rest and relaxation.  With Spring Break around the corner, it’s time to…
byCaitie 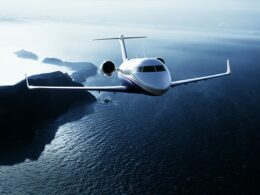 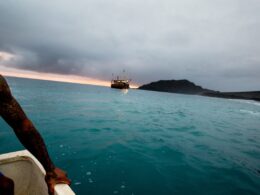 Be among the few dozens who have gotten the chance to visit Earth’s newest island.  The unnamed and uncharted…
byCaitie